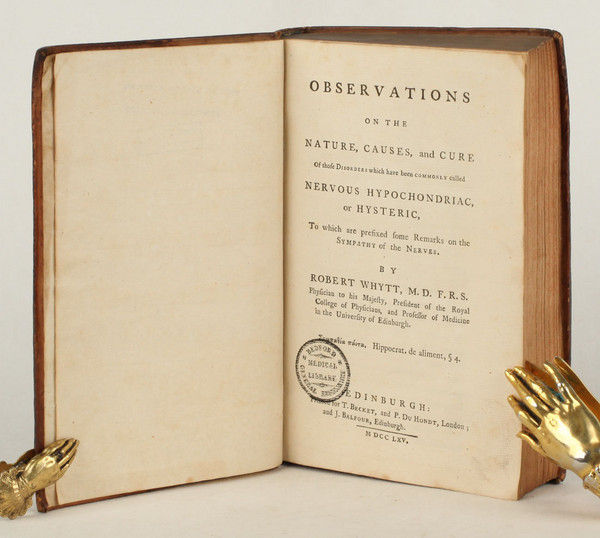 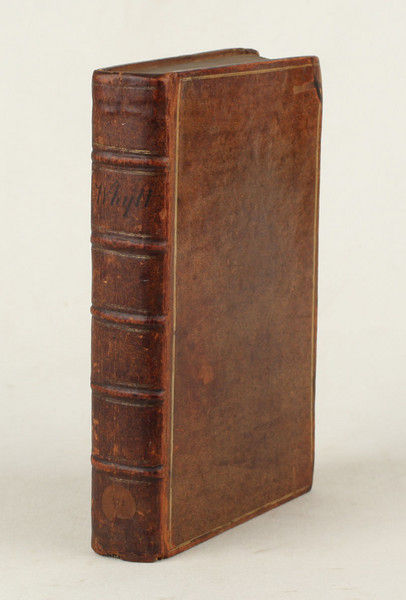 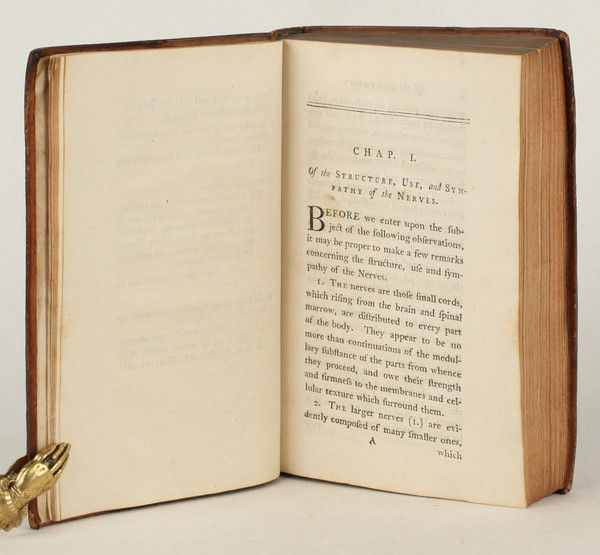 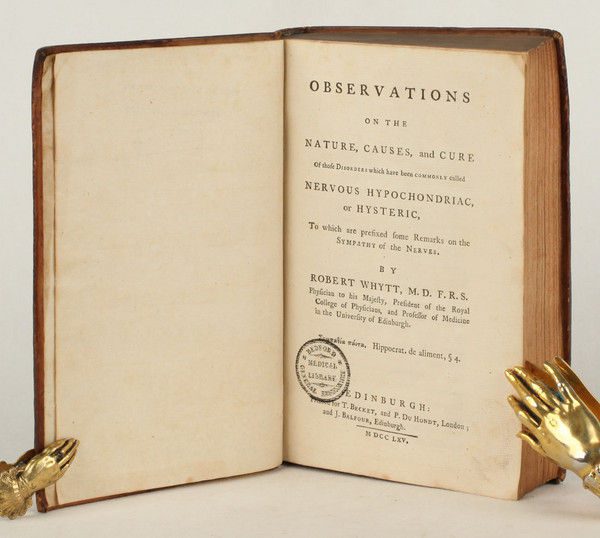 Observations on the Nature, Causes, and Cure, of those Disorders which have been commonly called Nervous, Hypocondriac, or Hysteric, to which are prefixed some remarks on the sympathy of the nerves.

FIRST EDITION. G&M 4841. “The first important English work on neurology after Willis” (McHenry). The Observations “reveals great clinical acumen and provides vivid accounts of a wide range of neurological and psychiatric patients whom Whytt attended at the Royal Infirmary. He declared that disorders variously called flatulent, spasmodic, hypochondriac, hysteric, and more recently, nervous, had become the wastebasket diagnosis for those conditions about which physicians were ignorant; and therefore he set out ‘to wipe off this reproach’ and to throw some light on these ailments. He resorted to his previous work to explain the nature of these diseases, emphasizing the ‘sentient and sympathetic power of the nerves’, and described instances of referred pain — anticipating, by his explanation of the causes, modern demonstrations of the reasons for them. Whytt clarified Thomas Willis’s term ‘nervous’, already in use for over 100 years, and explained such physical phenomena as blushing, lacrimation, and sweating, brought on by emotion or passion, as owing to some change made in the brain or nerves by the mind or sentient principle. This work added significant contributions to scientific medicine” (DSB). See Comrie, History of Scottish Medicine, pp. 307–309.