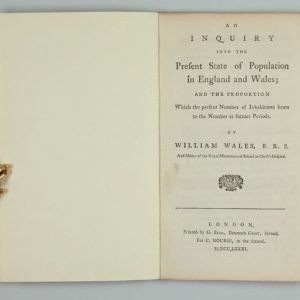 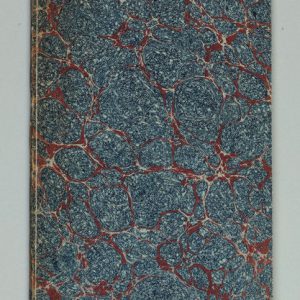 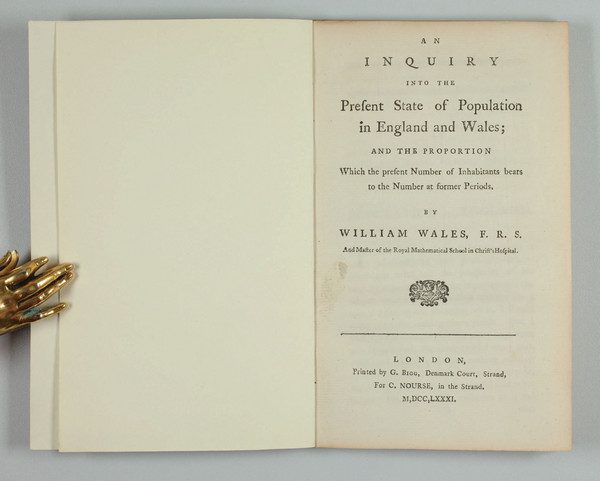 An Inquiry into the Present State of Population in England and Wales; and the proportion which the present number of inhabitants bears to the number at former periods.

FIRST EDITION. Wales took great interest in questions of population, and in the absence of a national census he instituted a series of inquiries of his own both in person and by letter in a serious attempt to establish the population of the country. He encountered so much opposition from the belief that the country, then at war with France, might been seen to be weaker than it really was that he could not carry his researches very far. He published his findings in the present work, in which he put forward his belief, contrary to the general opinion, that the population was increasing. Seventeen years later Malthus confirmed in his Essay on the Principle of Population that the population was increasing, and in geometric ratio unlike the food supply. Wales was master of the Royal Mathematical School within Christ's Hospital, and Captain Cook’s navigator on his second voyage.