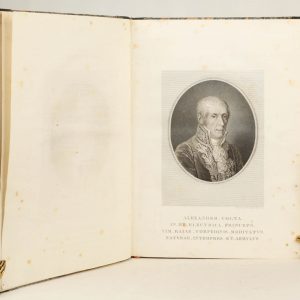 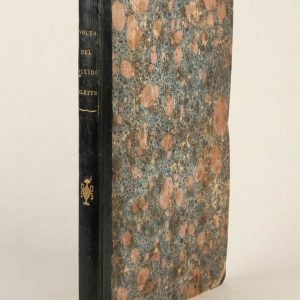 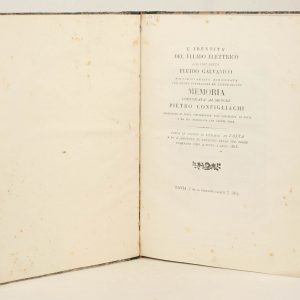 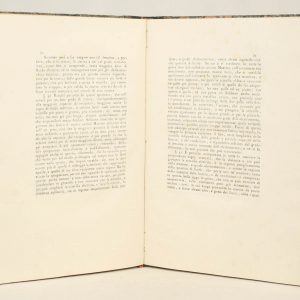 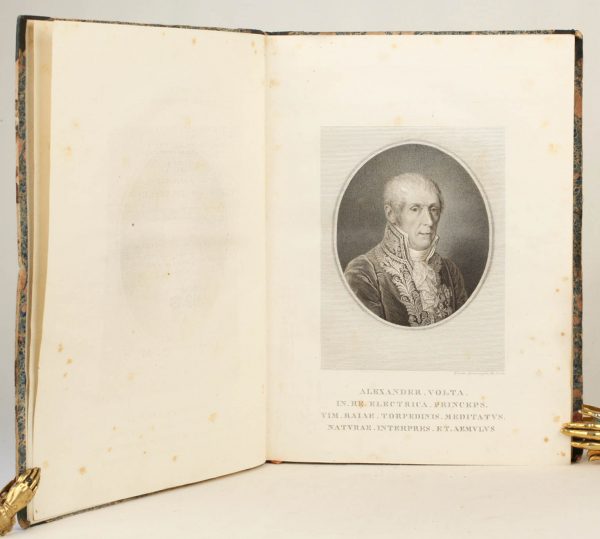 FIRST EDITION, and a large paper copy. This account of the overthrow of the galvanic theory of animal electricity by Volta, in which he reviewed his reasons for identifying galvanic and common electricity, formed the conclusion of the great Italian physicist’s publications on his theory. The memoir was originally submitted under the name of a student in a prize competition in 1805, but not published until 1814, by Volta’s pupil and successor, Pietro Configliachi, with additional notes by Volta. At the end is a bibliography of Volta’s publications listing 44 works, all except one or two in journals or other works. The present book is thus one of Volta’s few separately published books. Dibner, The founding fathers of electrical science, p. 20, reproducing the portrait. Wheeler Gift 726. Scolari/Fossatti, Bibliografia, 220, describing this work as a “fondamentale memoria di capitalissima importanze”.