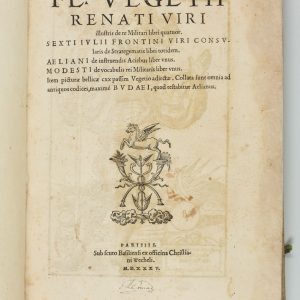 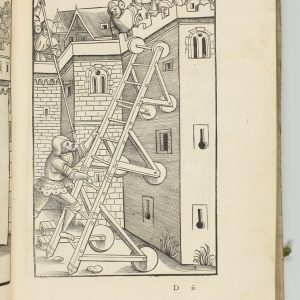 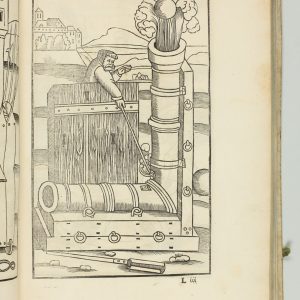 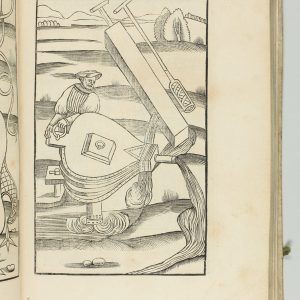 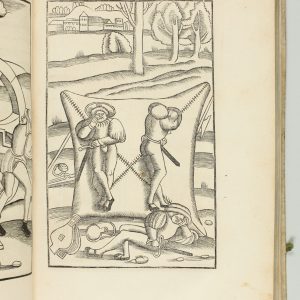 This book represents a printed version of the first Western work on technology. The four works from ancient Rome on military matters, here edited by the great French scholar Guillaume Budé, that the text includes are quite unconnected with the full-page woodcuts (witness the fact that they depict firearms), which have their origins instead in Conrad Kyeser’s Bellifortis, a manuscript completed in 1405 comprising full-page illustrations of military devices, which is generally regarded as the beginning of technological writing in the West. It was frequently copied throughout the fifteenth century but never appeared in print (until the facsimile edition of the original manuscript in 1967). However, more than 100 woodcuts from this manuscript were printed in eight editions of Vegetius’ book published between 1511 and 1555, of which the present is the seventh chronologically. These illustrations were twice recut during this period, those in the four editions by Wechel being rather more finely done. The Roman texts were the only printed works on military tactics and manoeuvres that were available at the time, but those, combined with these fine woodcuts which depict all manner of devices, make up a handsome and more complete work on practical military matters. Phillips, Diving, pp. 76–83 and 831.