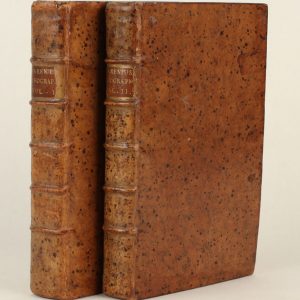 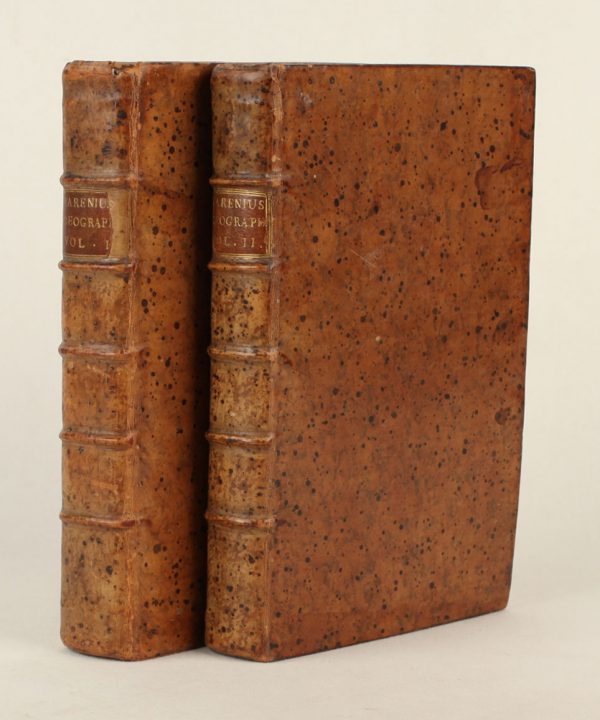 A compleat system of general geography: explaining the nature and properties of the earth… The State of the Atmosphere; the Nature of Exhalations; Winds, Storms, Tornados, &c. The Origin of Springs Mineral-Waters, Burning Mountains, Mines, &c. The Uses and Making of Maps, Globes, and Sea-Charts. The Foundations of Dialling; the Art of Measuring Heights and Distances; the Art of Ship-Building, Navigation, and the Ways of Finding the Longitude at Sea… Since improved and illustrated by Sir Isaac Newton and Dr Jurin… The whole revised and corrected by Peter Shaw, M.D. The third edition, with large additions.

Third edition of the second English translation, by Dugdale revised by Shaw, from the Latin edition revised in part by Newton and first published in 1672. Varen’s Geographia generalis (Amsterdam, 1650) was the standard geographic text for more than a century. It is in three sections: the first examines the mathematical facts relating to the earth, the second examines the effects of the sun, stars, climates and seasons, and the third treats the divisions of the surface of the earth. In this Varen laid down the principles of what is now known as regional geography. “Varenius’s work long held the position as the best treatise on scientific and comparative geography” (DSB). Wallis 360.02 (with incorrect collation). This edition not in Babson.