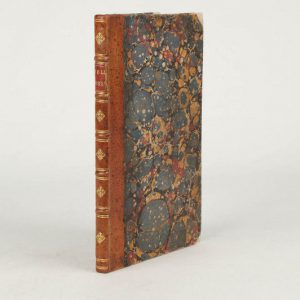 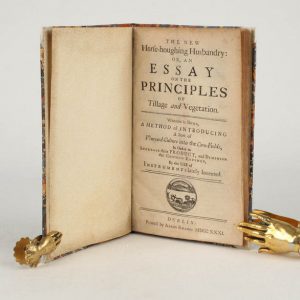 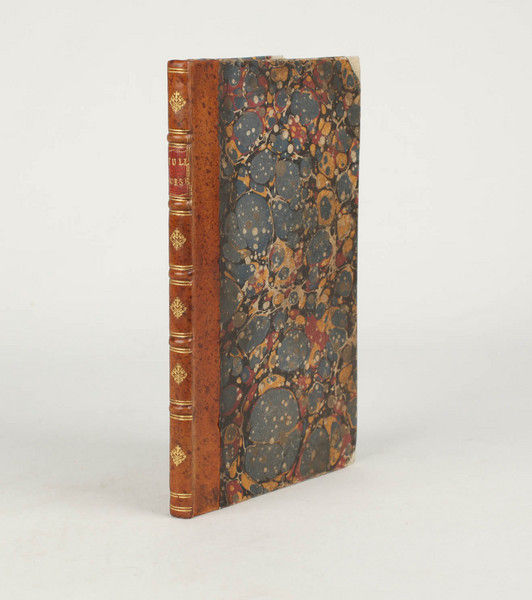 The New Horse-Houghing Husbandry: or, an essay on the principles of tillage and vegetation. Wherein is shewn, a method of introducing a sort of Vineyard-Culture into the corn-fields, in order to increase their product, and diminish the common expence, by the use of instruments lately invented.

FIRST DUBLIN EDITION of Tull’s revolutionary work on agricultural practice, and one of the earliest works on agriculture published in Ireland. Tull invented a seed drill in 1701, by which larger yields were produced from a greatly reduced quantity of seed. After a journey through France and Italy in 1711–1714 he invented his horse-hoe (actually drawn by oxen) and his four-coultered plough. “By contour ploughing, drilling his seed at wide intervals, and using his horse-hoe to destroy weeds, Tull was able to grow wheat on the same fields for thirteen years continuously without manuring” (ODNB). The practices of drill-sowing and frequent hoeing are “the greatest improvements which have been introduced into the modern practice of tillage” (McDonald). The first edition of Tull’s book was a specimen of selected chapters, the full work appearing in 1733. This first appearance was immediately taken up by the printer to the newly-formed Dublin Society (later the Royal Dublin Society), Aaron Rhames, who issued the present anonymous edition as their first publication. It was a fitting and important work for an economy that was based entirely on agriculture. It was one of the earliest works on agriculture to be published in Ireland (the first was probably John Mortimer’s Whole Art of Husbandry of 1721). It appeared a few months after, and in the same year as, the London original, and both are extremely rare. See Printing and the Mind of Man 188 (the London edition). McDonald, Agricultural Writers, pp. 186–190. Fussell, More old English farming books, pp. 1–6. Wolf, History of science…in the XVIIIth century, pp. 502–505. Kress 3963 (not listing the London edition).