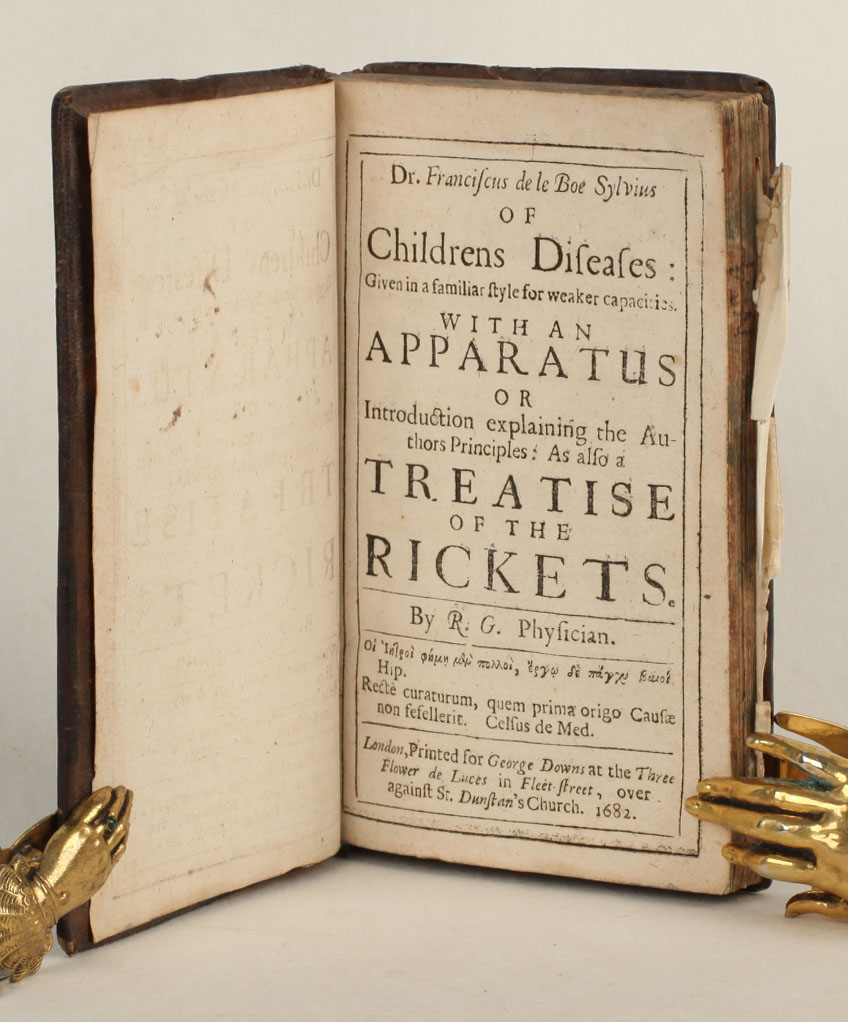 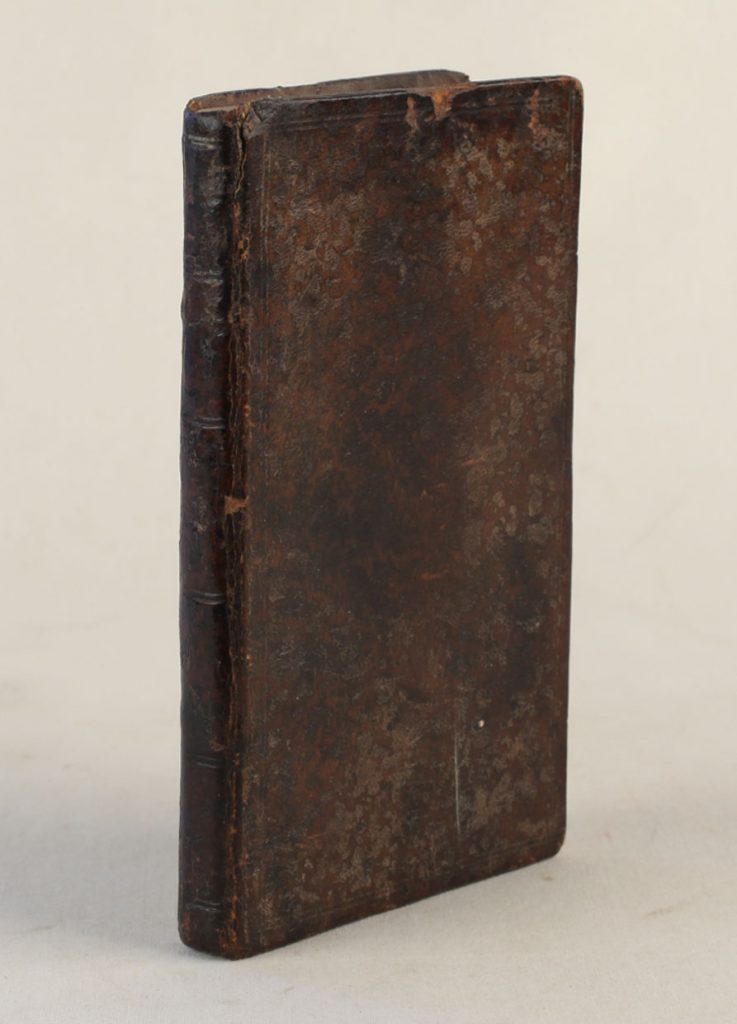 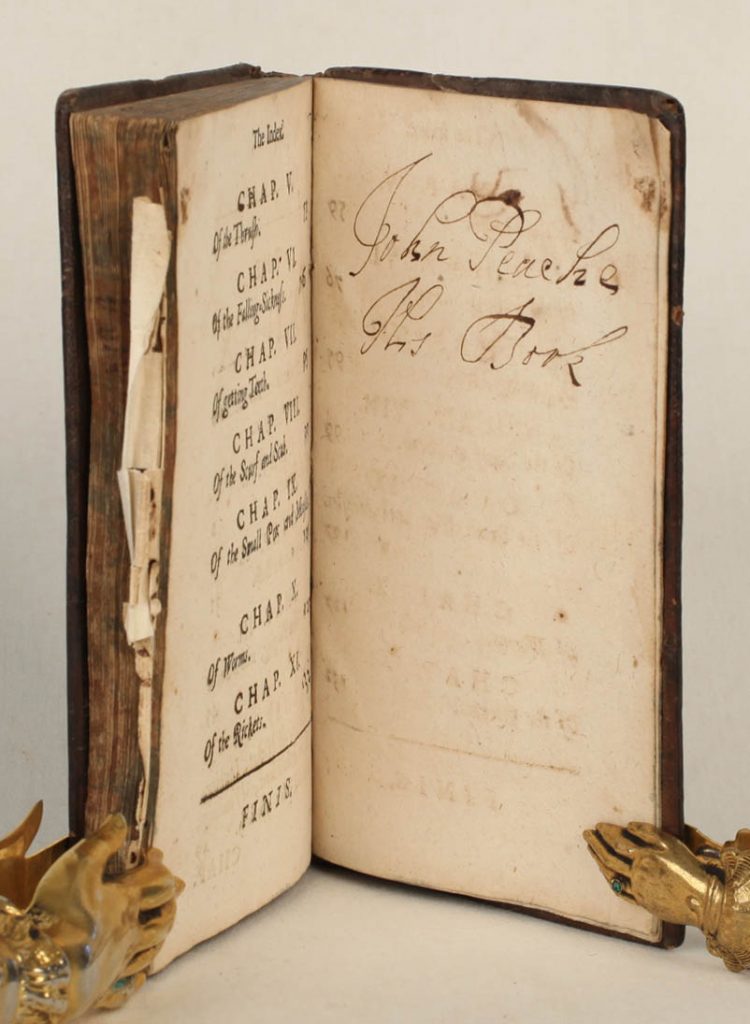 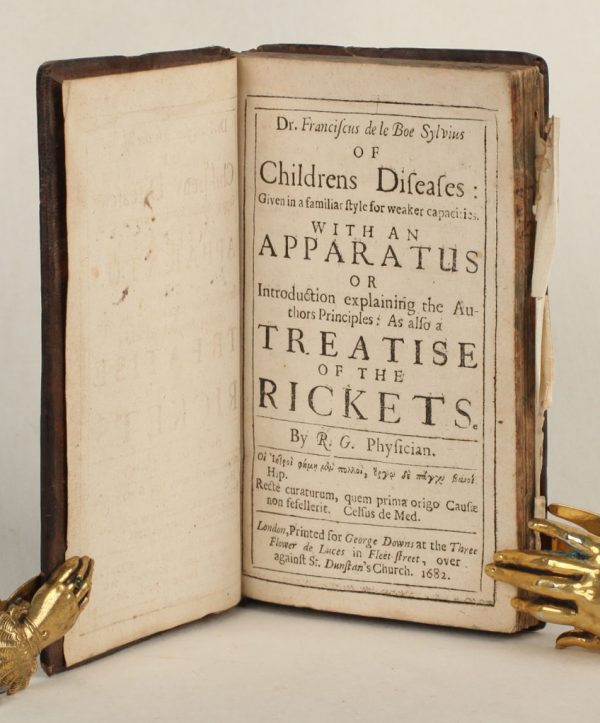 Of childrens diseases: given in a familiar style for weaker capacities. With an apparatus or introduction explaining the authors principles: as also a treatise of the rickets. By R. G. physician.

FIRST EDITION IN ENGLISH, and FIRST SEPARATE EDITION of one of the earliest monographs in English on children’s diseases, translated by Richard Gower from the fourth book of Sylvius’s Praxeos Medicae (1674). Gower studied medicine under Sylvius at Leyden, and after graduating returned to England where he settled at Newcastle-on-Tyne. While Sylvius makes no important single contribution to the subject, his work does however display his careful observation and the importance that he placed on clinical detail. To him symptoms had a positive bearing on pathology, and in explaining the connection he shows his conviction that chemistry plays a large part in the normal and abnormal functioning of the body. A fine copy of a rare book (ESTC locates 6 copies) with a highly desirable provenance: John Pechey is described by Still as the last writer on diseases of children in the seventeenth century. He published his A General Treatise on the Diseases of Infants and Children in 1697. For Pechey, see Still pp. 300–304. At p. 129 are the remains of a slip of paper pasted to the fore-edge, perhaps by Pechey, which carried the title of the book; the spine being unlettered, the book was evidently shelved with the fore-edge outwards. Wing L803B. Ruhräh, Pediatrics of the past, pp. 298–308. Still, The history of paediatrics, pp. 267–273.