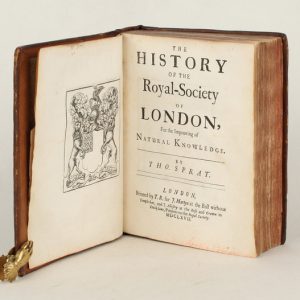 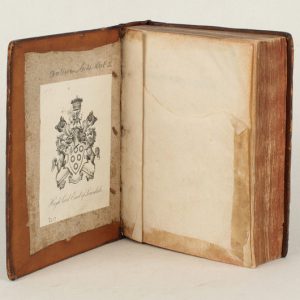 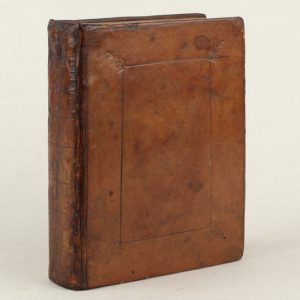 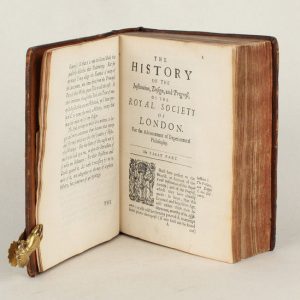 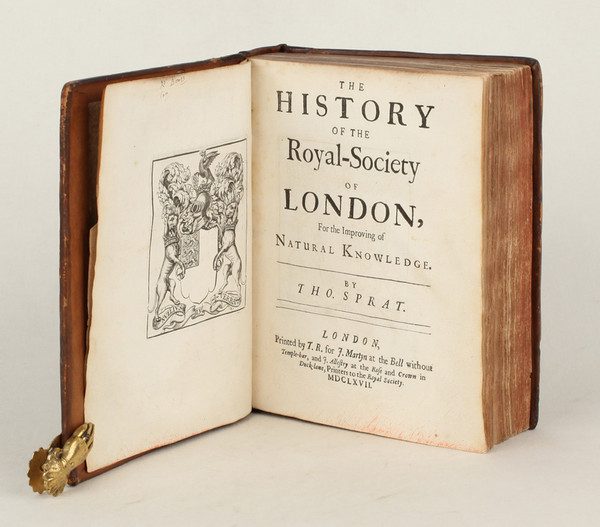 The History of the Royal-Society of London, for the Improving of Natural Knowledge.

4to, pp. (xvi), 438, (1) errata, and 2 folding engraved plates. Engraved arms of the society on the verso of A1 (the imprimatur). Contemporary calf, unlettered, sides panelled in blind (spine very neatly repaired, upper part of front free endpaper torn away). Early signature of Robert Bowes on A1v; armorial bookplate of the Earl of Lonsdale on the inside front board.

FIRST EDITION, second state of p. 85 (‘of’ is not repeated in lines 6 and 7). Much more than simply a history of the Royal Society, Sprat’s History places the founding of the society in its historical setting, includes edited versions of fourteen original papers by Hooke, Petty, and others, and embodies the experimental principles of Francis Bacon on which the society was based. “The History is divided into three parts. The first part offers an extended critique of various approaches to natural philosophy from ancient times to the current day… The second part of the History provides an explanation of the origins of the Royal Society, its experimental method, and its purposes… Part three responds to particular social, cultural, and religious objections to experimental philosophy, and predicts future political and economic leadership for England based on the society's contributions” (ODNB). Wing S5032. Keynes, Evelyn, 178; Hooke, 28; Petty, 15. Norman catalogue 1989. This copy does not have the engraved frontispiece that is found in a very small minority of copies.