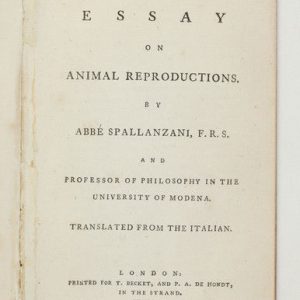 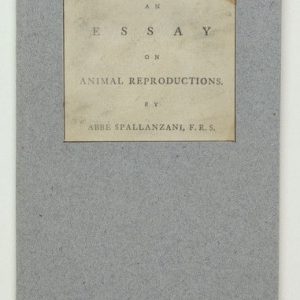 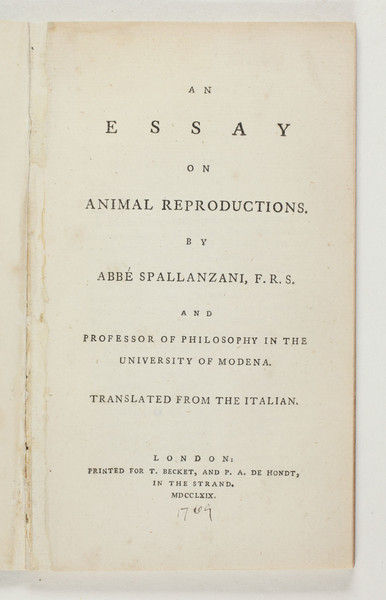 An Essay on Animal Reproductions. Translated from the Italian [by M. Maty].

FIRST EDITION IN ENGLISH, and the first work of Spallanzani to be published in English. This is one of Spallanzani’s most important works, which he intended as a prelude to a major work on reproduction, but which was never published. In it he first advanced the doctrine of the regeneration of the spinal cord, through his discovery of its new growth during regeneration of the tail of the lizard. By decapitation of the frog he showed that certain postures may be maintained by a reflex action of the spinal cord. He described regenerative capacities of remarkable complexity and repetitiveness, and established the general law that an inverse ratio obtains between the regenerative capacity and age of the individual. In this avenue of experimental research, Spallanzani left all his predecessors far behind him, in both method and results” (Nordenskiöld, History of biology, 247–248). See G&M 101 (first edition, in Italian, of the previous year). Prandi, p. 93 ( “Il volumetto è multo raro”). Spallanzani sent a copy of the first edition to the Royal Society, and in that same year he was elected a Fellow.