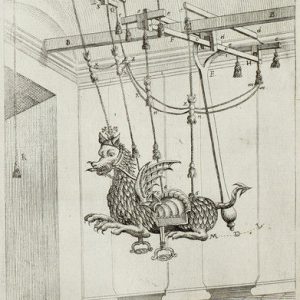 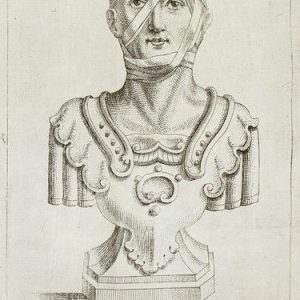 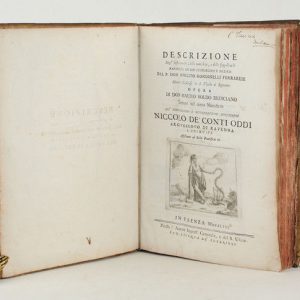 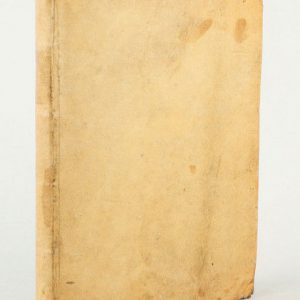 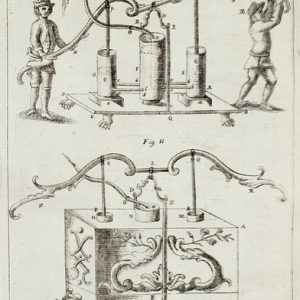 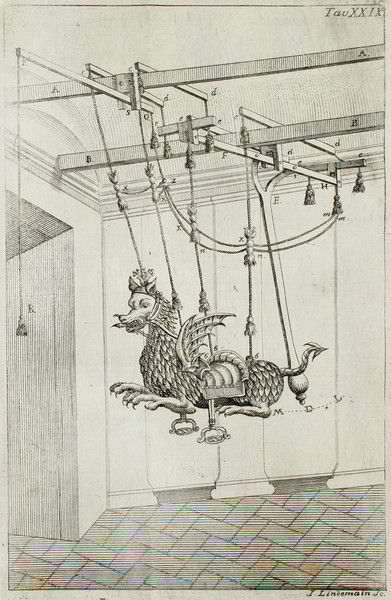 FIRST EDITION. The catalogue of the private museum of surgical and medical instruments established by Father Ippolito Rondinelli in Ravenna, which Soldo described as “the first museum of medicine and surgery”. The plates, which are somewhat primitive, are unlike any other medical illustrations of the time. Various bandages are displayed draped over classical busts. The different instruments are rococo in their design. The work is divided into sections devoted to different parts of the body and the instruments used in treating them: the first part is devoted to the head, beginning with trepans and instruments for head wounds, followed by those for the eyes, nose, teeth, ears, and neck. The second section is devoted to the thorax, the third to the abdomen and genitals, the fourth to the limbs, and the fifth to various therapeutic devices, including an exercise machine in the form of a dragon. Hospital beds, invalid chairs, various orthopaedic devices, and all the ancillary apparatus of the surgical theatre, hospital and doctor’s clinic are all illustrated. This unusual book, with its ornamental typography and etched plates, is unlike other medical works with copperplates, but is in keeping with the elaborate museum books of the late eighteenth century. However, very few books in the Wunderkammer tradition pertain to medical subjects. Extremely rare: not in the BL, Cushing or Putti catalogues. Waller 8159; Wellcome V, p. 145 (under Soldi).