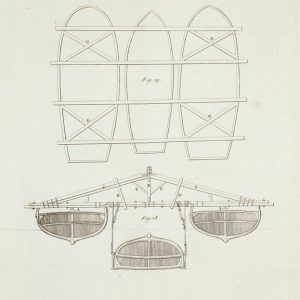 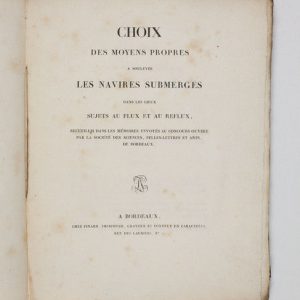 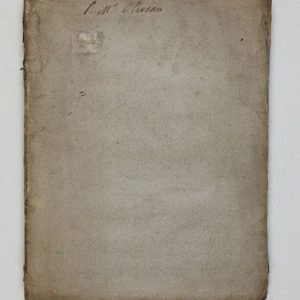 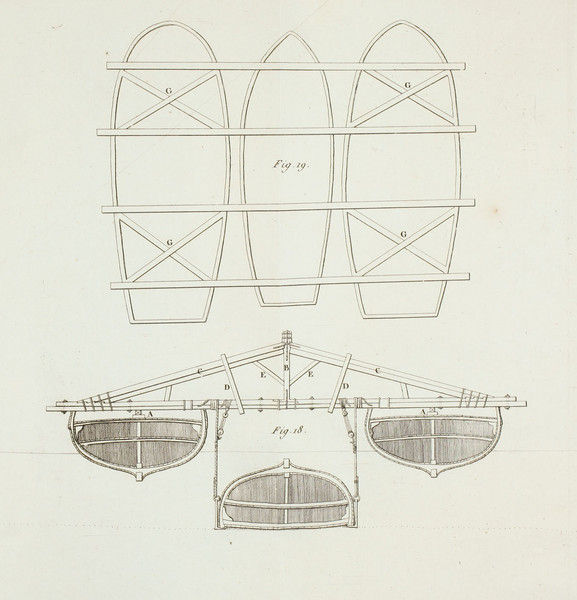 FIRST EDITION of the first French book on wreck salvage and raising objects from under water. The Société des Sciences, Belles-Lettres et Arts de Bordeaux proposed the question, “What is the most assured method of raising submerged objects from a given depth, whatever their weight, from a location affected by the ebb and flow of the tide?” As no single essay gave the complete answer, the present work was published incorporating the best of those answers submitted. It consists principally of an extract of the best essay, submitted by Georget (”Ingénieur en Chef des Ponts et Chaussées”), an extract of the answer submitted by a former naval officer at Brest, Rolland, and a memoir by a member of the society, F. Thibaut, on raising a vessel in the port of Bordeaux loaded with 200 tons of rocks. There then follows an essay on the use of pontoons, and at the end is an account of the raising of the Spanish galleon Tojo, sunk in Vigo Bay in 1702 and raised in 1741 by Goubert (here called Gaubert). This account had been published in the Mémoires de Mathématique et de Physique, présentés à l’Académie Royale des Sciences for 1755. The first three memoirs are illustrated by 15 detailed engraved plates, which show the method of placing warps round the sunken vessel and supporting it from the surface, some of the tools required, etc.