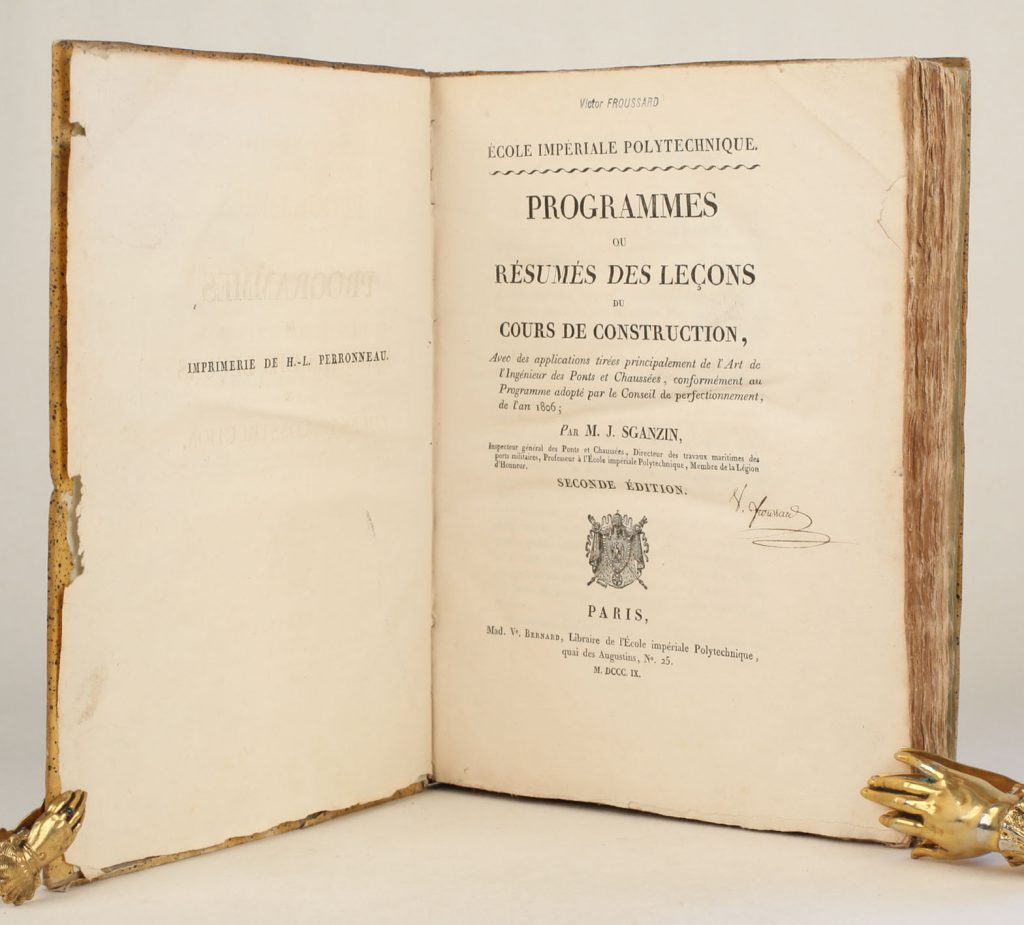 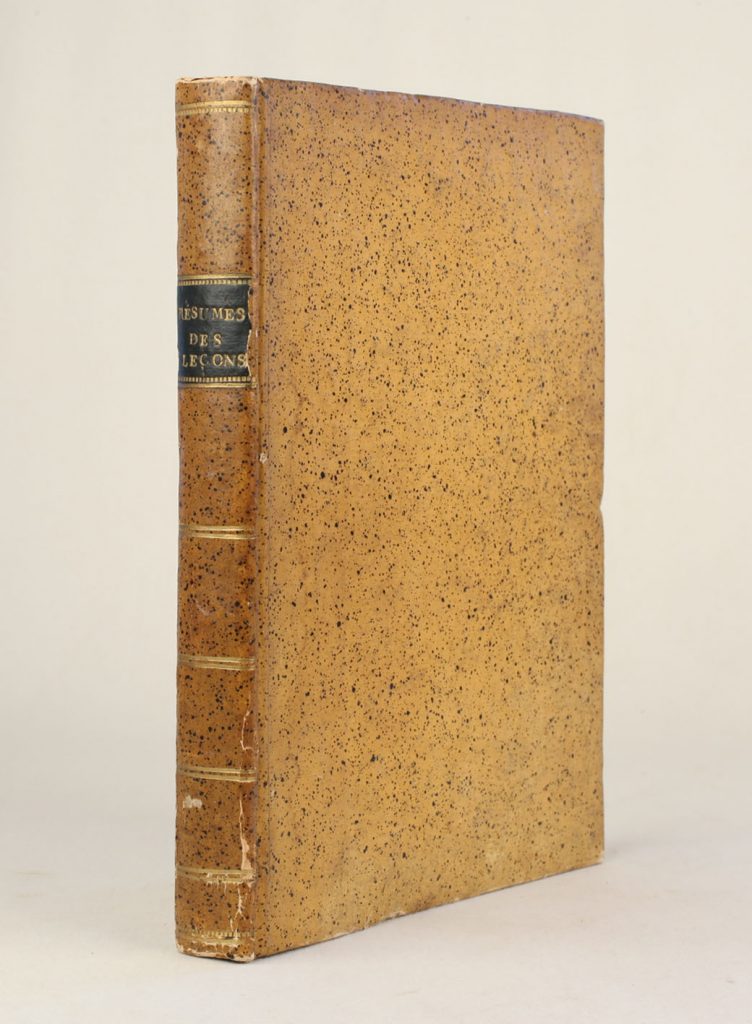 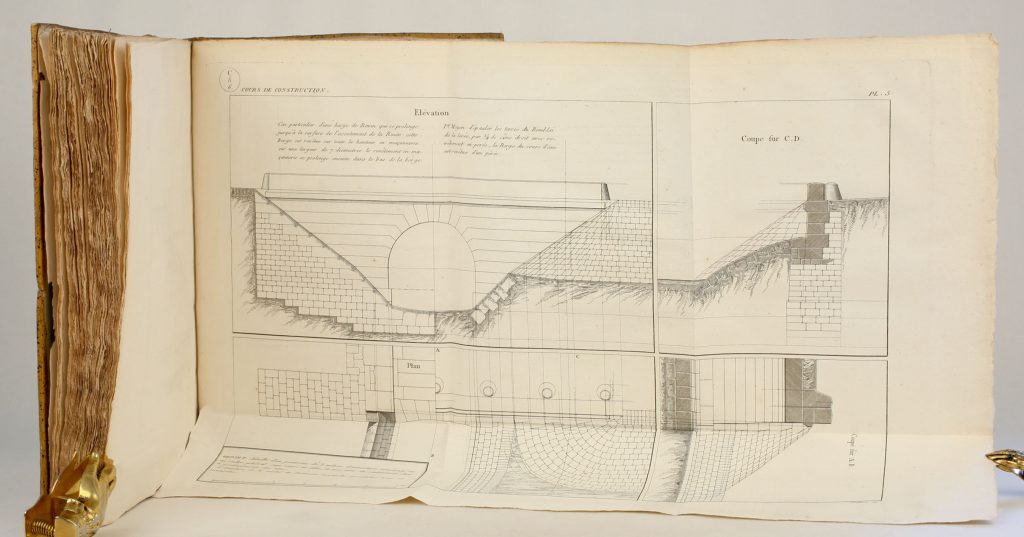 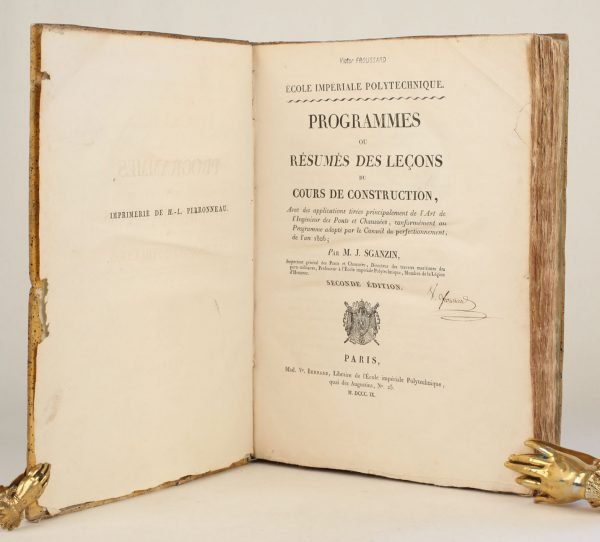 4to, pp. vi, (7)–296, and 9 engraved plates (5 folding, the last plate unnumbered). Half-title. Three small lacunae in fore-edge margin of half-title and title. Contemporary speckled boards (slightly rubbed at a few points), spine ruled in gilt and with green morocco label, uncut. A nice, clean copy. Small stamp of Victor Froussard at top of title, and his neat signature on half-title and title.

Second edition, but apparently the first available, of Sganzin’s classic textbook of civil engineering, stemming from his course of lectures at the École Polytechnique. “This work is intended to convey the essentials of the art of construction, and is structured in the form of thirty lessons. The first part discusses the materials used in building: aggregate, brick, rammed earth, the various sorts of rock and mortar, as well as wood and iron, and gives test results on their strength and resistance. In the second part the construction of roads and bridges is discussed, and in the third part that of canals, reservoirs, aqueducts, and sea works” (Roberts & Trent, Bibliotheca mechanica, 1821 edition). This was the basic text for several generations of engineers, being reprinted and expanded throughout the nineteenth century. In America, Sganzin's influence was spread in part by Benoit Claudius Crozet, a French civil engineer who used Sganzin's work in his engineering instruction at the U.S. Military Academy, West Point. The first edition of 1807 (according to the Deutsches Museum) has not been traced. The brief Wikipédia article on him gives the date of the present edition and there is no earlier edition in CCfr.