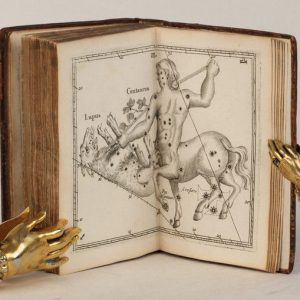 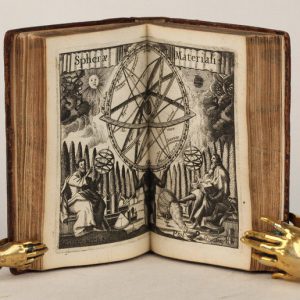 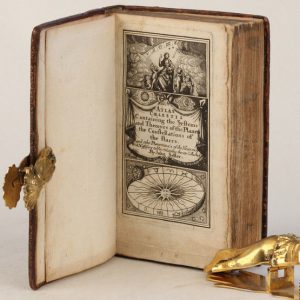 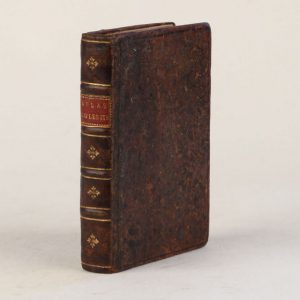 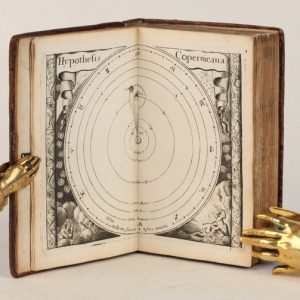 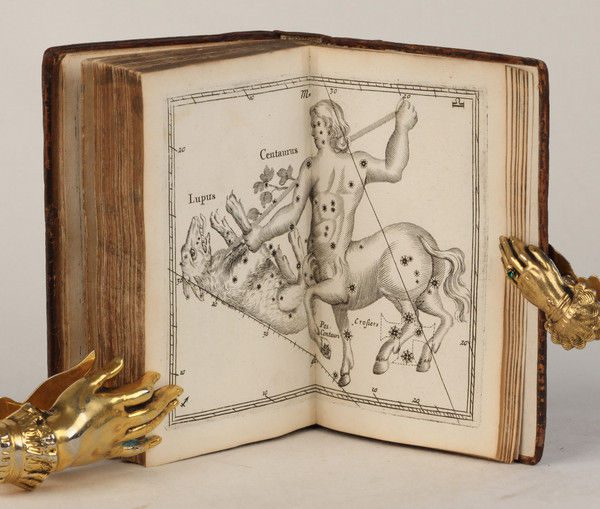 Atlas Coelestis containing the systems and theoryes of the planets the constellations of the starrs. and other phenomena’s of the heavens with nessesary tables relateing thereto…

FIRST EDITION of the first British celestial atlas. John Seller was an important figure in English cartography as he set out to break the monopoly enjoyed by the Dutch in the production of atlases, particularly maritime atlases. Seller overreached himself, however, and later productions were less ambitious; he produced a terrestrial atlas in 1670 (Atlas Minimus), followed by this, the first celestial atlas printed in England, seven years later. The plates show the system of Ptolemy, Copernicus and Tycho Brahe, maps of the moon and lunar phases, the planets, comets, tables of lunar phases, eclipses, etc, followed by 31 maps of constellations. The plate count varies in descriptions because not all of the plates are counted as double. In this copy all the plates are bound in pairs facing each other; some are clearly printed from one double-page copperplate while at least six are printed from single-page copperplates. Wing S2463.