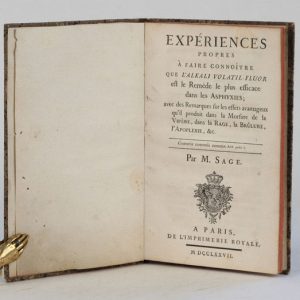 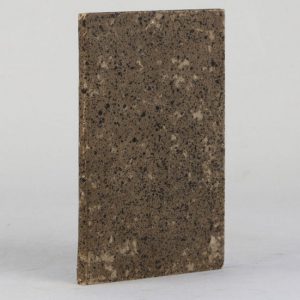 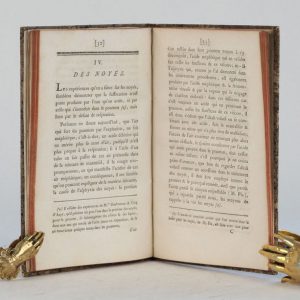 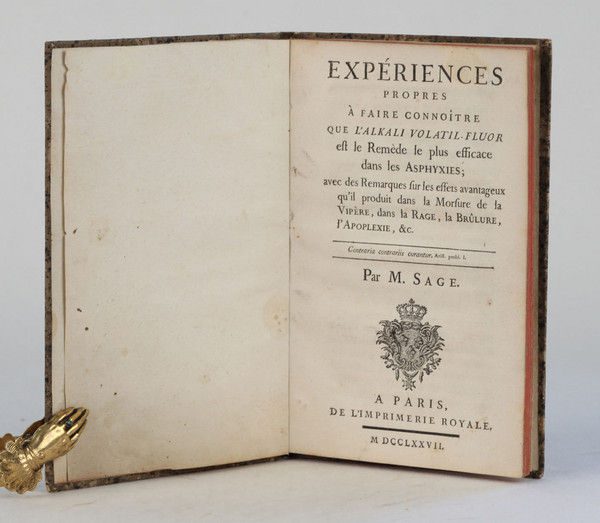 Paris edition in the same year as the first (published at Nancy, and very rare). A monograph on the chemical properties of sal volatile, prepared from sal ammoniac and slaked lime, and its uses in cases of asphyxiation and other accidents. It begins with the description of the experiment performed by Lavoisier at the Académie des Sciences, in which he demonstrated the asphyxiating power of carbon dioxide on a bird, which was then revived by Sage using volatile alkali fluid (ammonium carbonate), a preparation later known as “smelling salts”. The Lieutenant-General of Police ordered a large number of copies to be printed for the welfare of the public. Cole 1145. Duveen p. 523 (third edition). Neville II, pp. 413–414, calling this the first edition. Waller 8395 (”second edition”). Wellcome V, p. 5. Not in Huston, Resuscitation.