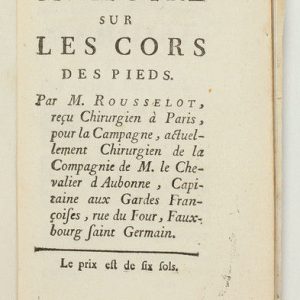 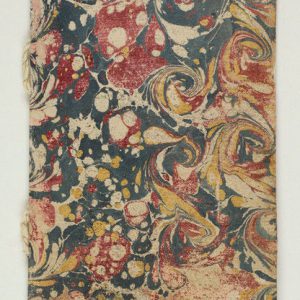 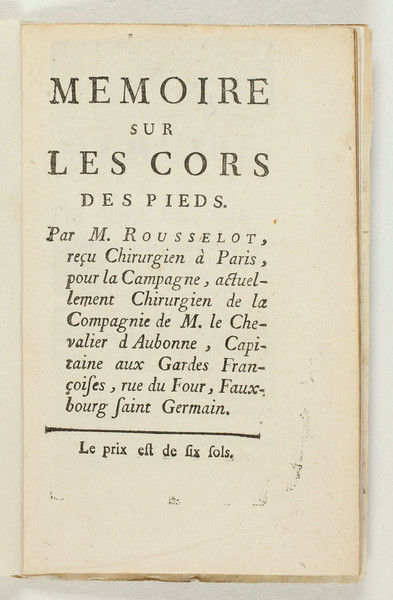 FIRST EDITION of the first book on podiatry or surgery of the foot as an independent speciality, and extraordinarily rare. G&M 9190: “Because of the non-standard title page without mention of place, publisher or date, the pamphlet seems to have been intended to have been given away by the author.” In his introductory remarks Rousselot argues for an independent surgical approach to diseases of the feet, which he says is an entirely neglected aspect of surgery currently in the hands of untrained women and maladroit charlatans. He argues for it to be raised to the status of dentists and hernia surgeons. After this important and committed preface, Rousselot gives medical descriptions of the different corns and their surgical treatments. “He wrote three books, Mémoire sur les cors des pieds, 1755 (no copy of this book has ever been traced) and further books in 1762 [Nouvelles observations, ou méthode certaine sur le traitement des cors, 45 pages, G&M 4302.1] and 1769 [Toilette des Pieds]. His contribution was not a great one as he was too much influenced by Turner, but his remedies show common sense” (J.C. Dagnall, “The history of chiropodial literature”, in The Chiropodist, 1965). As J.C. Dagnall wrote in 1965, no copy of this book was then known, and he himself constantly sought for a copy, but in vain. Since then and with improved knowledge of library holdings three copies have come to light, at the Bibliothèque Nationale de France, Harvard and Erfurt. The present copy is the only one known to have appeared for sale.