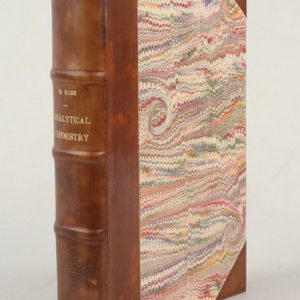 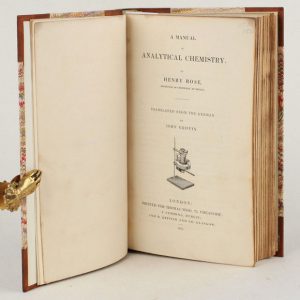 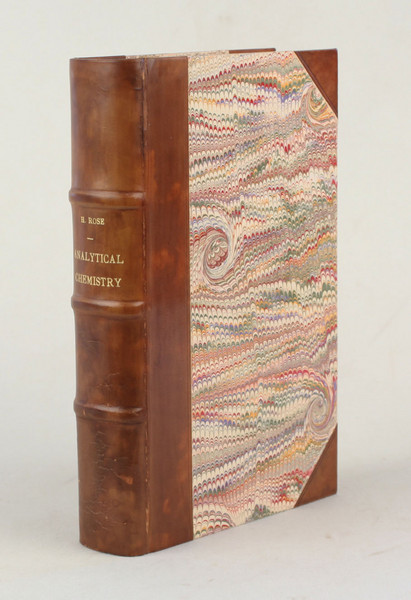 A Manual of Analytical Chemistry. Translated from the German by John Griffin.

FIRST EDITION IN ENGLISH, published two years after the German original. The translator, John Griffin, says in the preface that he was in Germany when the Handbuch was published and “commenced the translation immediately.” Another English edition, translated from the French edition, appeared in 1848. Part 1 is on qualitative analysis and part 2 on quantitative analysis. It began as a modest work intended for beginners, but demand for it grew and over the years it became “more encyclopaedic and comprehensive, until for a time it stood as the standard reference work on the subject” (DSB). Partington IV, p. 185: “…an excellent book.” Neville II, p. 391. This edition not in Cole or Duveen.