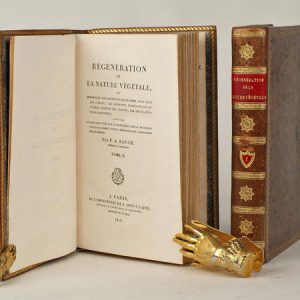 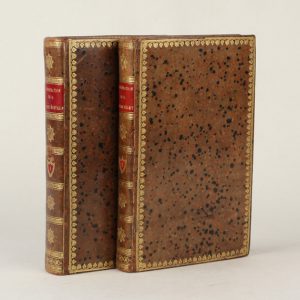 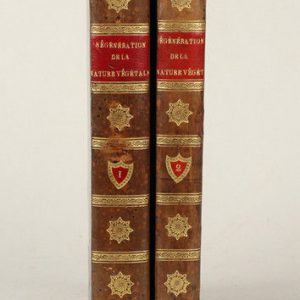 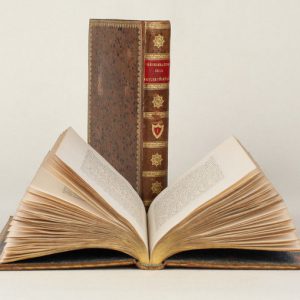 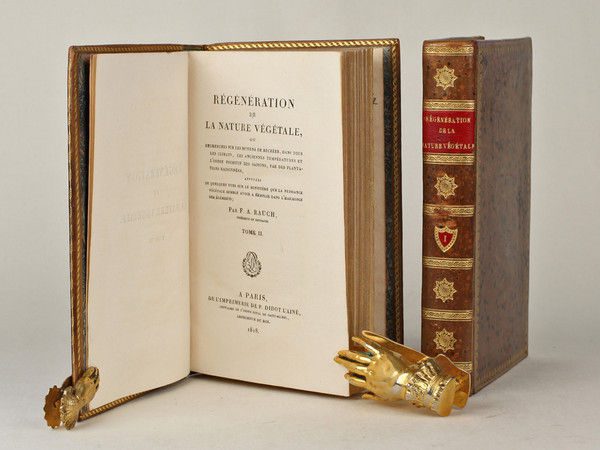 Second and better edition, revised and expanded from the first edition of 1802, entitled Harmonie hydro-végétale et météorologique. One of the earliest works on ecology. Written by a French civil engineer from a viewpoint entirely in agreement with the modern ecology movement, the work argues that it is necessary to reverse the process of human destruction of the environment, particularly the worldwide destruction of forests, in order to return the planet to a state better able to support life. Rauch begins with a consideration of the relationship of forests to weather conditions, and surveys the effects of deforestation worldwide on climate and population (animal as well as human). He sets out in several chapters the steps to be taken: what sorts of vegetation should be planted and where, renewal of water sources, and the establishment of governmental departments in France and all over the globe to observe the environment and to take action. He urges the agencies, for example, to consider changes over short periods of time, and to attempt regulation of factory fuel sources. In his closing argument he urges the obligation “to conserve the noble economy,” and “to conserve that from which we benefit.” Régénération de la nature végétale should be considered one of the pioneering works in the field, perhaps the earliest to sound so many themes of importance today.