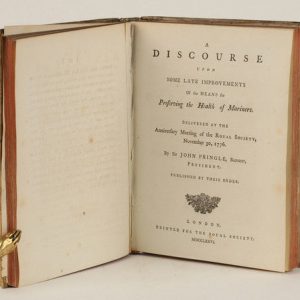 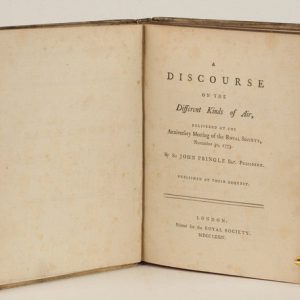 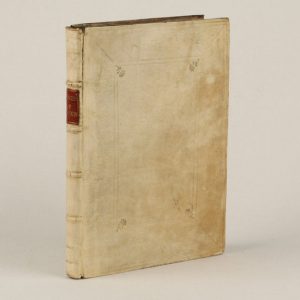 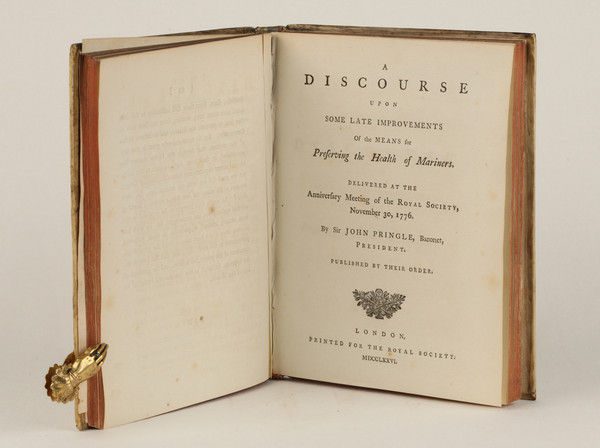 London: Printed for the Royal Society,1774

FIRST EDITIONS and a rare complete set of these six discourses, presented to the Royal Society by Sir John Pringle as President. The fourth of these is A discourse upon some late improvements of the means for preserving the health of mariners (1776), which incorporates on pp. 39–44 the first appearance in print of James Cook’s account of the successful measures that he took to prevent scurvy on his first two voyages. Although James Lind in 1753 had presented the clinical proof that fresh fruit prevented scurvy, it was still rife in the navy. Cook, however, did not lose a single man through scurvy during his second voyage lasting over three years, thus demonstrating to the world the effectiveness of his measures. He won the Copley Medal for this important paper entitled “The Method taken for preserving the Health of the Crew of His Majesty's Ship the Resolution during her late Voyage round the World.” Pringle’s long presentation address, quoting directly from Cook and other sources, is followed by Cook’s paper and an extract from a letter by Cook to Pringle written from Plymouth Sound in July 1776, while Cook was preparing for his third and final voyage. Pringle, the founder of modern military medicine, applied his considerable talents and influence to the medical conditions in the navy, and was an intimate friend of Cook. The other discourses, each commemorating a presentation of the Copley Medal, are …on the different kinds of air, in which Pringle discusses Priestley’s discovery of oxygen, …on the torpedo, …on the attraction of mountains, discussing Maskelyne’s observations on the force of gravity on Schehallion which confirmed Newton’s theory of universal gravitation, …on the invention and improvements of the reflecting telescope, and …on the theory of gunnery. The discourses were republished in 1783 as a single work. G&M 2156 (Pringle’s paper) and 3714 ( Cook’s paper). Norman catalogue 508 (under Cook).