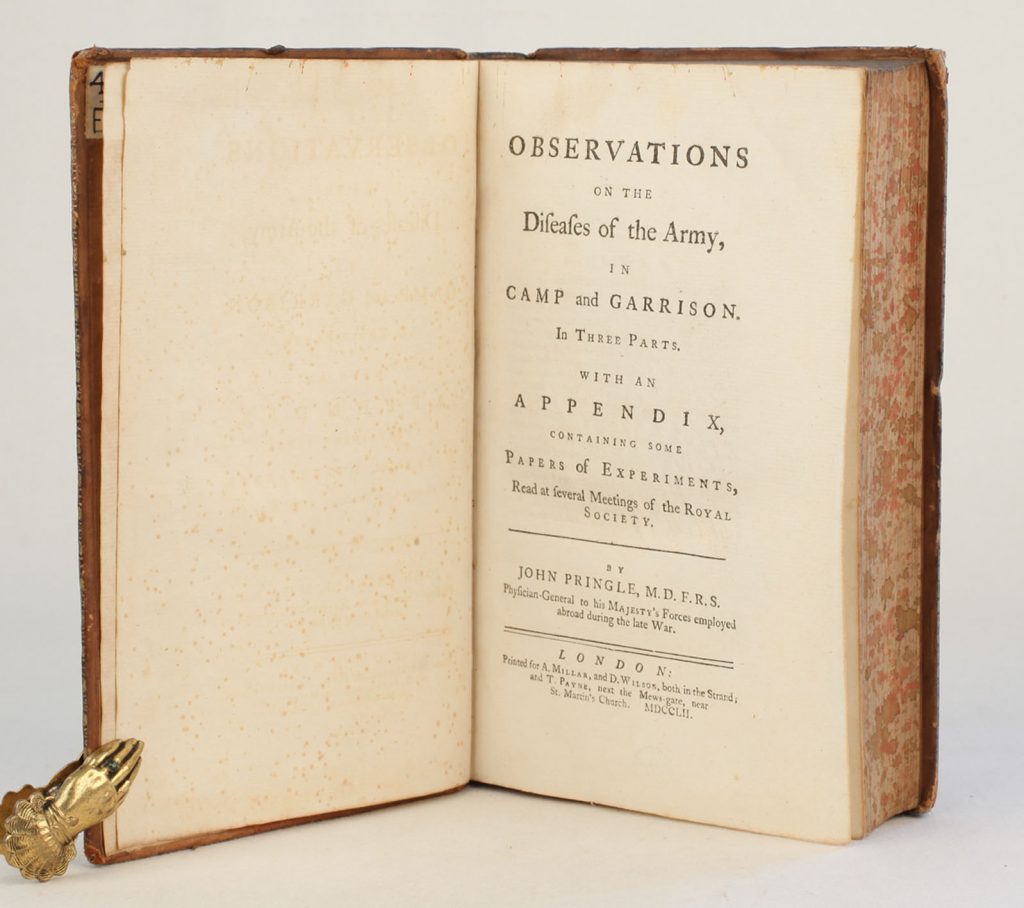 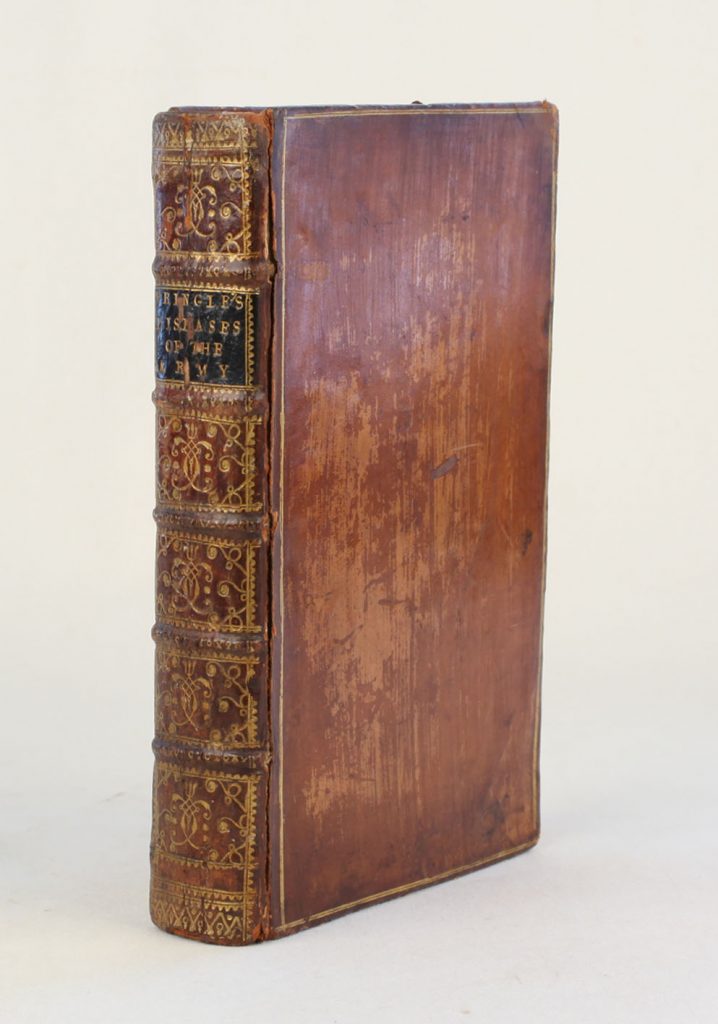 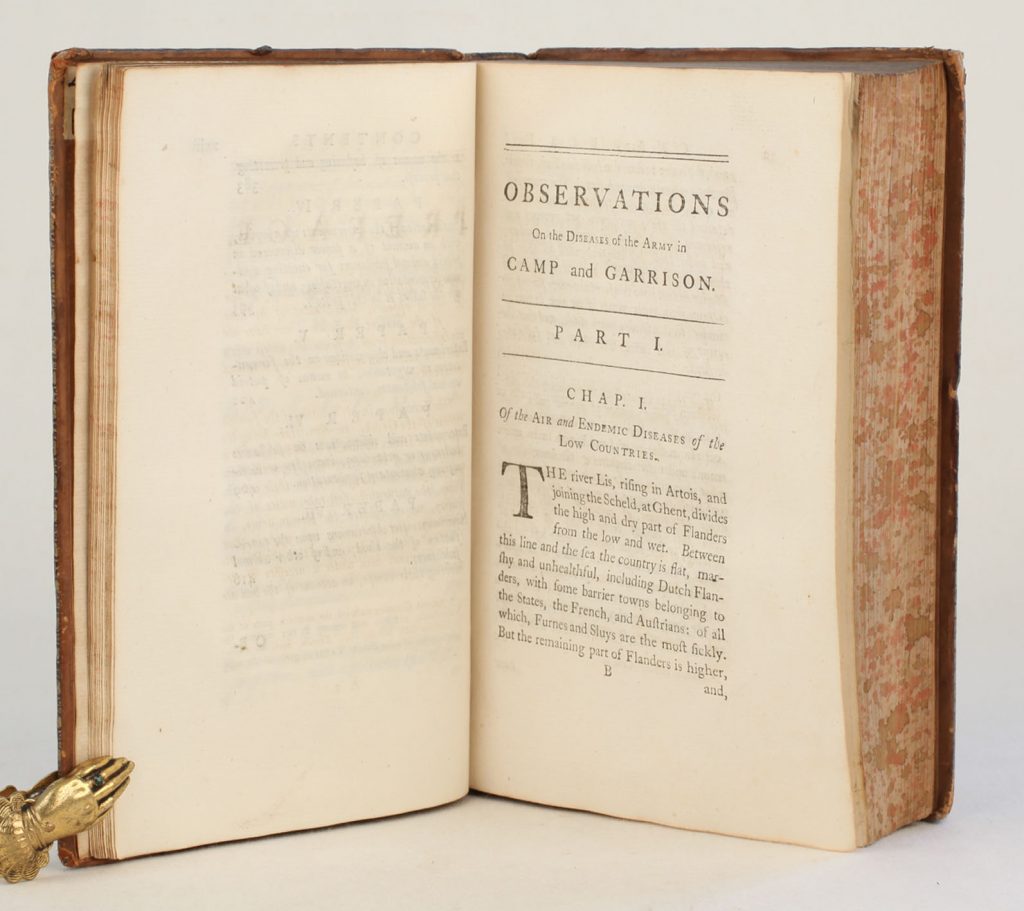 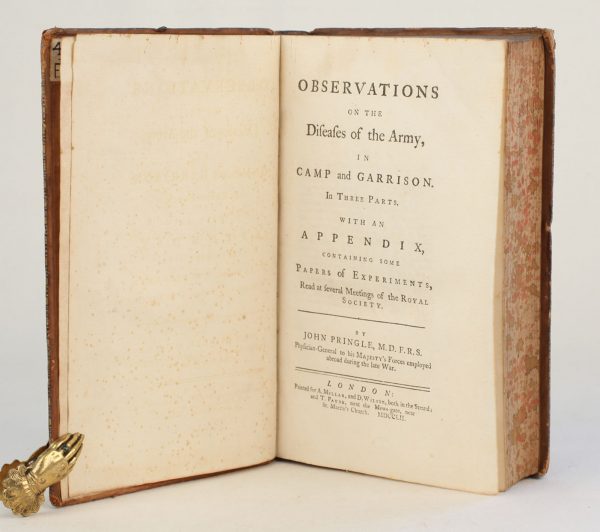 Observations on the Diseases of the Army, in camp and garrison. In three parts. With an appendix…

FIRST EDITION. G&M 2150, the work which founded modern military medicine. “In 1752 Pringle published his Observations on diseases of the army, the most important text-book on military medicine of the time, in which are laid down the true principles of military sanitation and the ventilation of hospital wards. Pringle was one of the pioneers of the antiseptic idea [see the Appendix, containing experiments and observations upon septic and antiseptic substances], showed that jail fever and hospital fever are one and the same, did much for the better ventilation of ships, barracks, jails and mines, correlated the different forms of dysentery, and gave the name influenza to that dread disease. This work [was] the source book of all subsequent writers...” (Garrison, Notes on the history of military medicine). The book also contains the germ of the Red Cross, an account of the Earl of Stair's idea that “hospitals on both sides should be considered as sanctuaries for the sick, and mutually protected” (Preface).