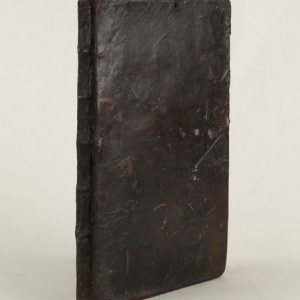 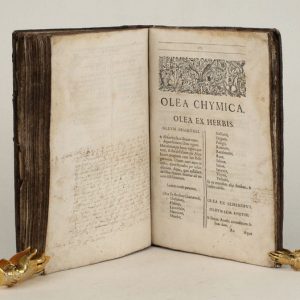 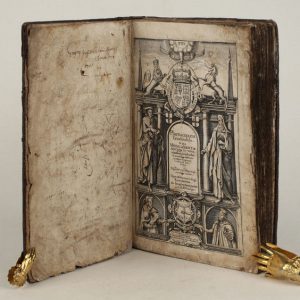 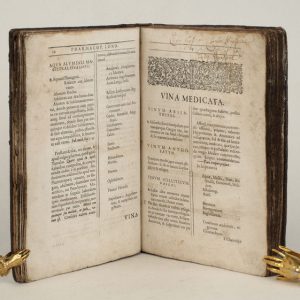 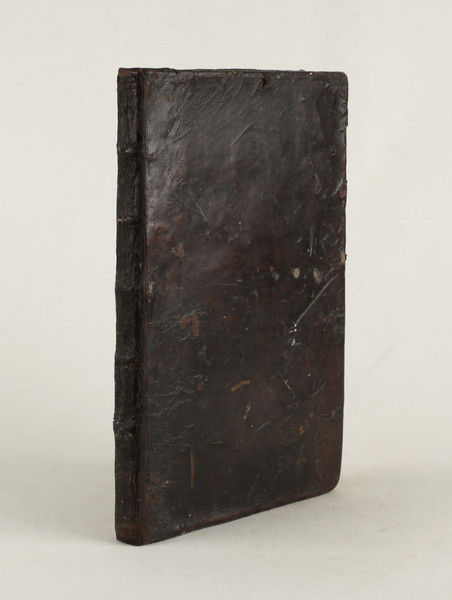 Second edition of the first London pharmacopoeia, the first pharmacopoeia intended for use by an entire nation. “There were at the time official European pharmacopoeias, but these were enforced only for comparatively small territories. The College’s product was intended to be standard not only for the London area but for all England and it was declared obligatory by the King. Representatives of medicine and pharmacy in Western Europe awaited its production with much interest…” (William Brocklebank, “Sovereign Remedies. A critical depreciation of the 17th-century London pharmacopoeia”, in Medical History, pp. 1–14, January 1964). Even though the College of Physicians began work on the pharmacopeia in 1589, the first edition, when it finally appeared, had numerous errors and was withdrawn. This second edition, quickly brought out later in the same year, was corrected and had some 90 more pages, including a catalogue of simples and an index. It was even given a new engraved title-page, presumably to distinguish it clearly from the first. STC 16773. All editions of the first London pharmacopoeia are extremely rare; STC records 6 copies of this edition, fewer than any other. See G&M 1821, the first edition. Hind, Engraving in England in the 16th and 17th centuries, 1955, vol. 2, p. 205, no. 84 (the present engraved title, used for all further editions up to the fifth in 1639). Elstracke was one of the earliest native engravers in England, and the foremost English engraver of his time.