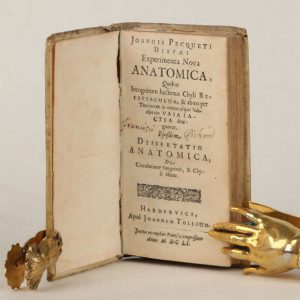 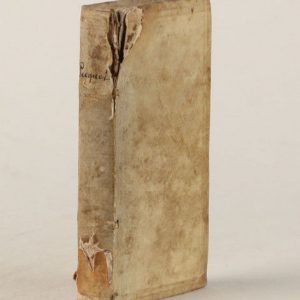 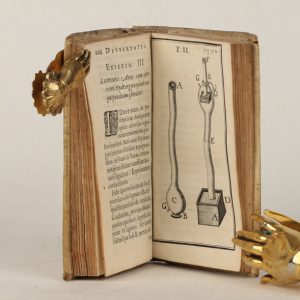 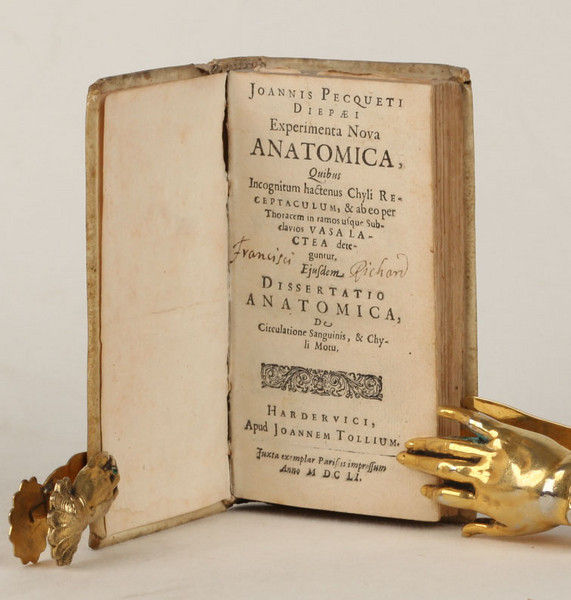 Second edition, in the same year as the first. The discovery of the thoracic duct. “In his experiments with live dogs Pecquet discovered the thoracic duct and cisterna chylii, which he named the receptaculum chylii. He correctly described the termination of the chyliferous vessels (Aselli’s ‘lacteal veins’) in the cisterna, confuting the erroneous notion that the vessels ended in the liver; he also described the junction of the thoracic duct at the union of the jugular and subclavial veins. In a rare early instance of nearly simultaneous triple independent discovery, the thoracic duct was also discovered independently by the Swedish physician Olof Rudbeck and by Thomas Bartholin” (Norman Catalogue 1676). The volume also contains Pecquet’s dissertation on the circulation of the blood, and letters to Pecquet from Auzout and Mersenne. See G&M 1095 and Grolier One Hundred (Medicine) 28A (the Paris edition). The first edition is properly described as a very rare book, but this second edition is probably even rarer. The editions of 1654 and 1661 are more usually seen.