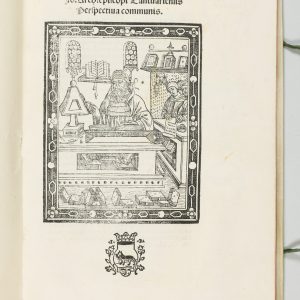 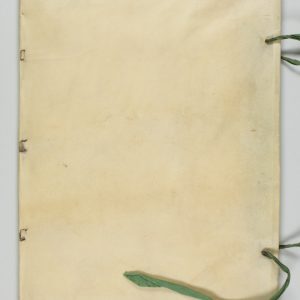 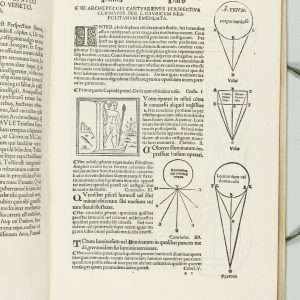 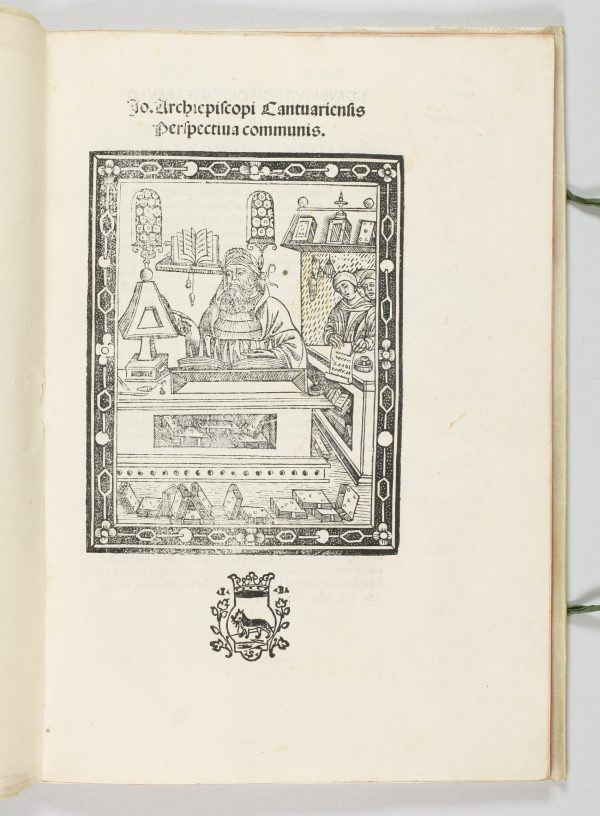 Small folio, 20 leaves. With the final errata leaf, large woodcut on title depicting a master and his students and with Sessa’s cat and mouse device beneath, some fine woodcut initials, and 77 woodcut diagrams in the margins. Small repair to upper outer corner of last leaf. Modern limp vellum with ties, in a black morocco solander box. A fine and large copy.

A handsome early edition of this classic work on optics, which was the most influential text on the subject for three hundred years. Pecham endeavoured to reconcile all the available authorities — Aristotle, Euclid, Augustine, al-Kindi, Ibn Rushd, Grosseteste, Bacon, but most of all, Ibn al-Haytham or Alhazen. This is the first edition to be edited by Luca Gaurico (1476–1558), the expatriate Neapolitan scholar who also edited the works of Archimedes and Ptolemy. “The work on which Pecham’s fame has chiefly rested is the Perspectiva Communis, probably written between 1277 and 1279 during Pecham’s professorship at the papal curia. In the first book Pecham discussed the propagation of light and color, the anatomy and physiology of the eye, the act of visual perception, physical requirements for vision, the psychology of vision, and the errors of direct vision. In Book II he discussed vision by reflected rays and presented a careful and sophisticated analysis of image formation by reflection. Book III was devoted to the phenomena of refraction, the rainbow, and the Milky Way… “Pecham’s optical system included significantly more than a theory of direct vision. He briefly discussed the doctrine of species; treated at length the propagation of rays; and developed a theory to explain how solar radiation, when passing through noncircular apertures, gives rise to circular images. He expressed the full law of reflection and applied it to image formation by plane, spherical, cylindrical, and conical mirrors; in this analysis he revealed an implicit understanding of the nature of the focal point of a concave mirror… “The Perspectiva Communis was the most widely used of all optical texts from the early fourteenth until the close of the sixteenth century, and it remains today the best index of what was known to the scientific community in general on the subject” (DSB). Probably the third or fourth edition (an inferior edition was published in Leipzig also in 1504); there were two incunable editions. DiLaura, Bibliotheca Opticoria, 8: “This…edition is particularly interesting and important.” See Stillwell, The Awakening Interest in Science, II, 205.