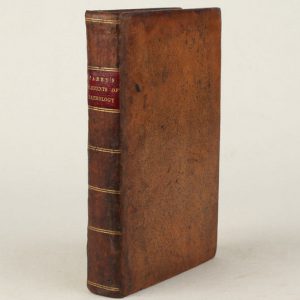 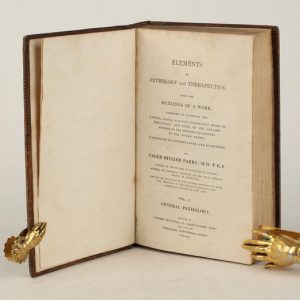 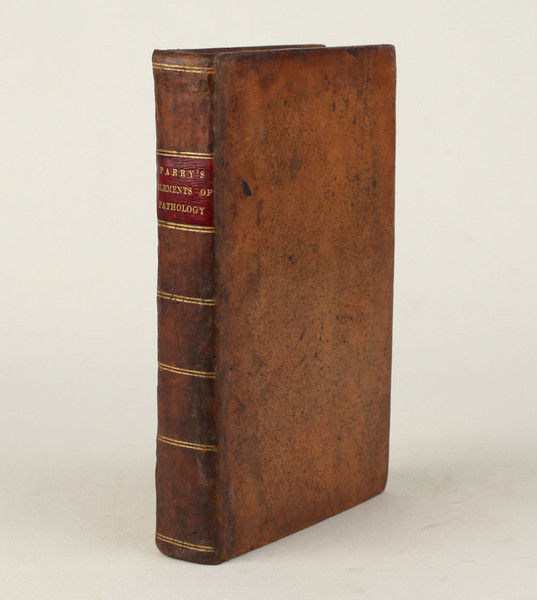 Elements of Pathology and Therapeutics; being the outlines of a work, intended to ascertain the nature, causes, and most efficacious modes of prevention and cure, of the greater number of diseases incidental to the human frame; illustrated by numerous cases and dissections. Vol. I. General Pathology [all published].

Printed by Richard Cruttwell,... Bath; and sold by Underwood...London,1815

FIRST EDITION. Parry's classic account of exophthalmic goitre appears first in this book as a brief report; it was fully given in the Collections from the unpublished writings, 1825. This book also contains the first description of reactive hyperaemia. It was intended as a large work, comprising Parry's carefully kept records from many years’ observations in practice, but no more of this edition was published, and even in the second, posthumous, edition, the second volume appeared only as a fragment. Parry was a respected physician with extensive and distinguished social connections, and his independent researches are of considerable importance. Few physicians of his time enjoyed or deserved a higher reputation. Parry was a friend of Edward Jenner, and the dedicatee of Jenner’s Inquiry (1798).