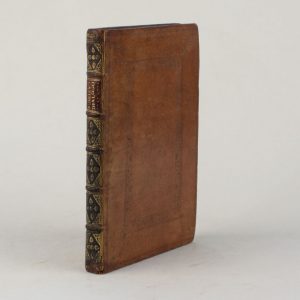 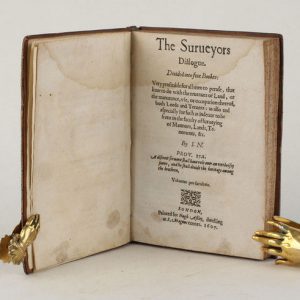 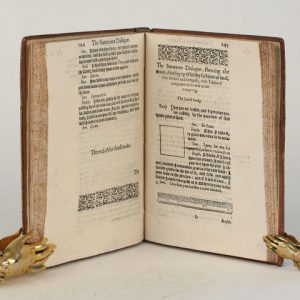 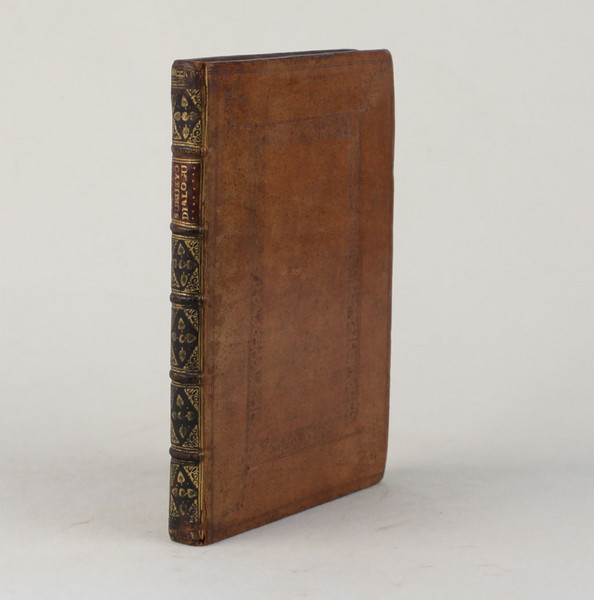 The Surveyors Dialogue. Divided into five Bookes: very profitable for all men to peruse, that have to do with the revenues of land, or the manurance, use, or occupation thereof, both lords and tenants: as also and especially for such as indevor to be seene in the faculty of surveying of mannors, lands, tenements, &c. By I.N.

4to (in 8s), pp. (xvi), 244. With the first leaf (blank but for the signature A), but without the final two blank leaves. Contemporary panelled calf, black spine richly gilt in compartments with red morocco label. Dampstain on the first 8 leaves and some leaves towards the end, wormtrack in lower margin of some leaves, a few headlines just shaved, otherwise a very clean and pretty copy. Armorial bookplate of N. Cholmley, early signature of N. Boothe on front endpaper.

FIRST EDITION of the first English book on surveying of the seventeenth century, and a very nice copy (most of the copies that are offered for sale are imperfect or in poor condition). There were three editions between 1607 and 1618. “Norden’s fame came from his cartography, but surveying was always the mainstay of his career… In 1600 he was…appointed surveyor of crown woods and forests in southern England, and in 1605 he added the surveyorship of the duchy of Cornwall… It was from this position of eminence that in 1607 Norden published The Surveyor's Dialogue as a text to educate the landowner and tenant in the usefulness and trustworthiness of his profession. Surveyors were often considered the landowner's creature and were accordingly distrusted by tenants. A popular work, the Dialogue shows Norden as a compassionate man, in sympathy with the respectable and hard-working of every class; the book ran to three editions in his lifetime” (ODNB). In addition to containing much detail of the legal technicalities concerning the court of survey, the work also describes for the first time in English the difference between a theodolite and a circumferentur. STC 18639. Richeson, English Land Measuring to 1800, pp. 92–94. Taylor (Tudor & Stuart), 113. Kress 279.