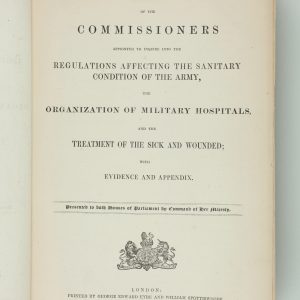 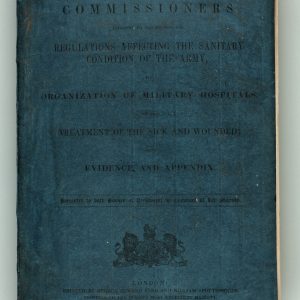 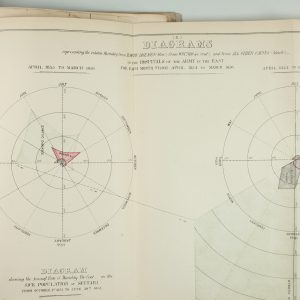 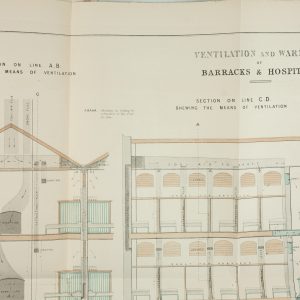 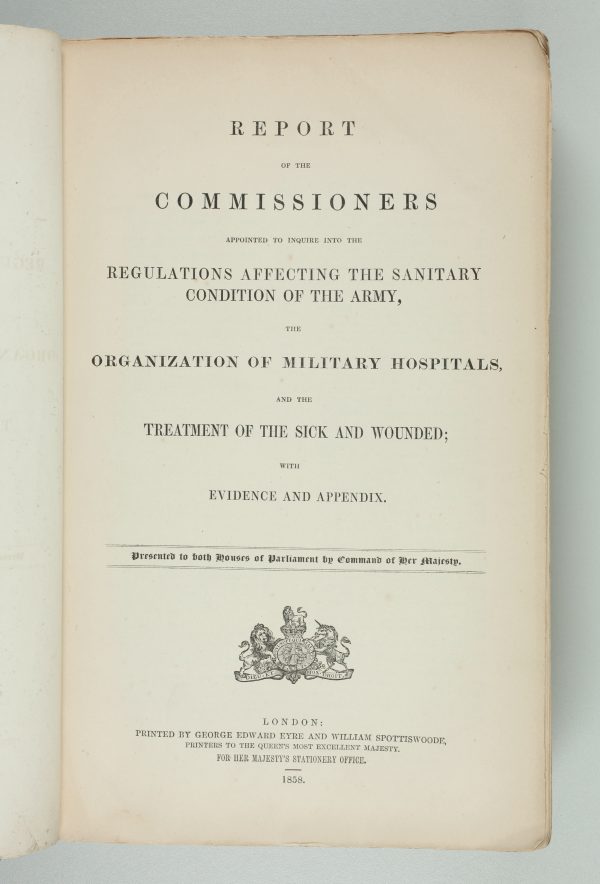 Report of the Commissioners appointed to inquire into the Regulations affecting the Sanitary Condition of the Army, the Organization of Military Hospitals, and the Treatment of the Sick and Wounded; with evidence and appendix. Presented to both Houses of Parliament by Command of Her Majesty.

FIRST EDITION of the official “Blue Book” or report of the Commission set up by Lord Panmure, largely at Florence Nightingale’s instigation. Her material contributions to the Report are in the Evidence and in Appendix LXXII, pp. 361–394 and 516–543 (although these pages include Appendixes LXXXIII–LXXV). “In a sense the whole Report may be regarded as one of Florence Nightingale’s works, and she herself thought of it as such. It was actually written by Sidney Herbert in August 1857, but he had much assistance from Miss Nightingale… Throughout 1857 she was in constant touch with Herbert, Sutherland, McNeill, Farr and many others in connection with the work of the Commission, examining the evidence presented to the Commissioners, gathering statistical data, working out the details of hospital construction; editing, correcting and advising. Finally, on its appearance, she arranged for the Report to be reviewed in the most influential monthly and quarterly journals, and nominated the reviewers in collaboration with Herbert” (Bishop & Goldie). The Report was the result of the official inquiry, and in a sense a parallel to Miss Nightingale’s own Notes on matters affecting the health, efficiency. and hospital administration of the British Army, which appeared later in 1858. Bishop & Goldie 51.