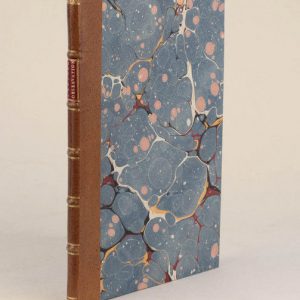 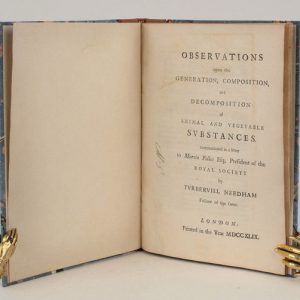 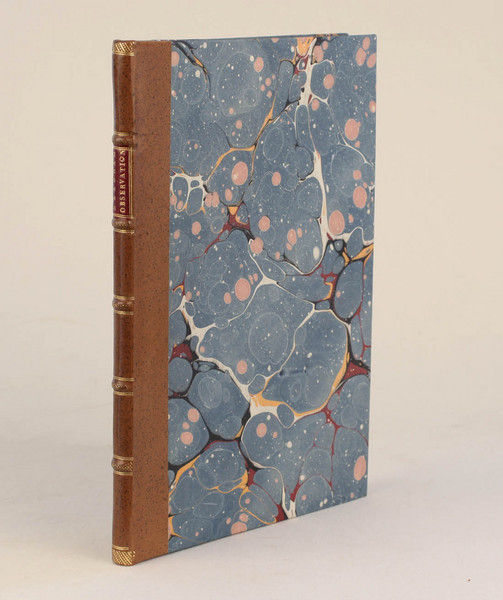 Observations upon the Generation, Composition, and Decomposition of Animal and Vegetable Substances. communicated in a letter to Martin Folkes, Esq; President of the Royal Society…

FIRST SEPARATE EDITION, an offprint from the Philosophical Transactions, of the second of Needham’s works on spontaneous generation, and the one which includes the experiment which he himself considered crucial to the debate. In 1748, at Buffon’s invitation, Needham examined fluids extracted from the reproductive organs of animals and infusions of plant and animal tissue. Buffon never claimed to have observed the microscopic joining of the molecules that he speculated took place, but Needham thought he actually did see new organisms taking shape out of disorganised material. This was his famous experiment with boiled mutton gravy. Needham’s case rested upon the fact that, if meat broth was placed in a sealed vessel and heated to a high temperature so that all life was destroyed in it, it would be found to be swarming some days later with microscopical animals, which it was. The debate continued, involving Spallanzani and Pasteur, and is still unresolved, as Joseph Needham wrote in 1934. Needham, A history of embryology (1934), pp. 188–189. Bulloch, The history of bacteriology, pp. 72–74. DSB X, p. 10. Penso, La conquête du monde invisible, pp. 241–242.