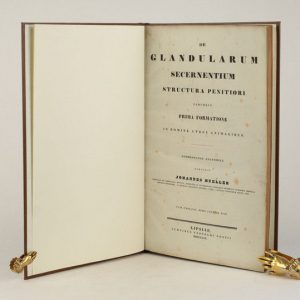 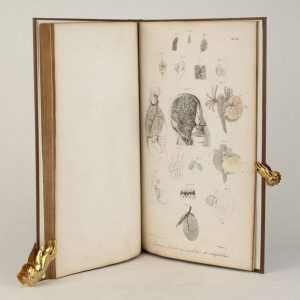 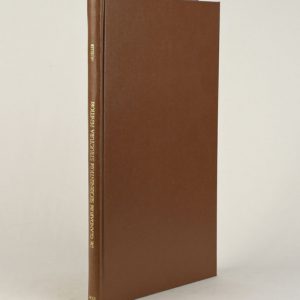 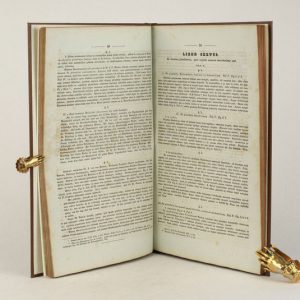 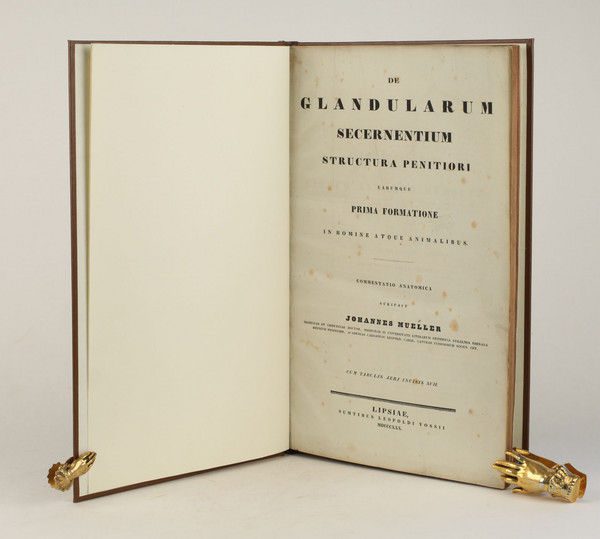 Folio, 2 leaves, pp. (3)–131, and 17 engraved plates with numerous figures by J. F. Schröter mostly from drawings by the author and J. Henle. A little foxing (more so on the plates). Modern half calf. Very faint library stamp on the title and plates.

FIRST EDITION of the most important and pioneering histological work by the great German physiologist Johannes Müller (1801–1858), in which he described the microscopic anatomy of a large series of secreting glands. In 1830 Müller was appointed full professor at the University of Bonn, a position he held until his death. In the same year “he published his studies of on the emergence and structure of the glands; in the course of this research he employed anatomical preparations, injections, and especially the microscope. The book considerably fostered the advance of embryology and histology. In it he demonstrated that glands are invaginations of the covering membranes that are closed at one end and that blood vessels do not open into the glandular ducts but lie like capillaries in the walls of these ducts” (DSB). G&M 538. Bracegirdle, A History of Microtechnique, p. 313: “Müller had written his book on glands as early as 1830…”