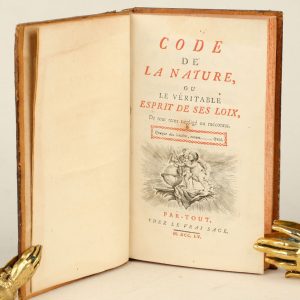 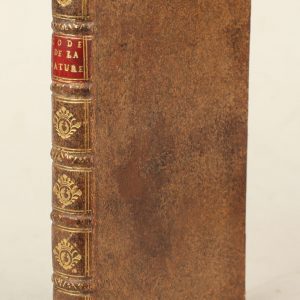 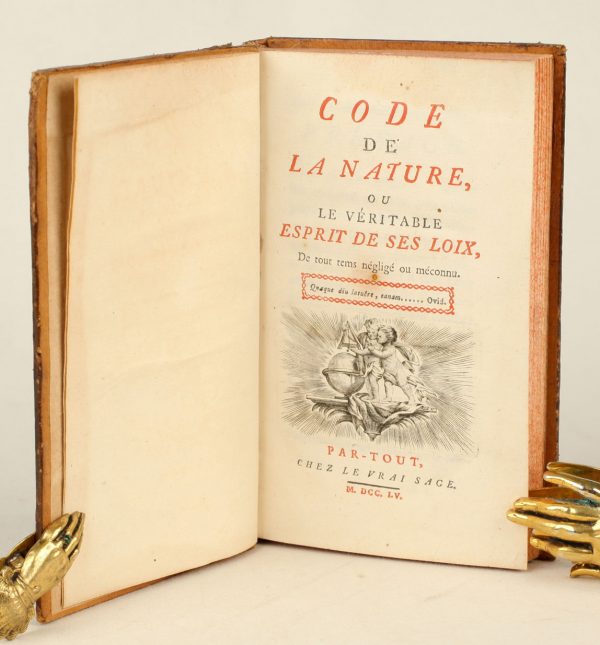 FIRST EDITION of this proposal for the ideal state, which included unity of funds, public use of tools and products, equal education, communal self-sufficiency and the abolition of financial remuneration. See the long account of this book in the Nouvelle Biographie Générale: “It is remarkable that these ideas, which were the most extreme of the socialist policies of the period, appeared at a time when political economy was being established on the principles of the wealth of nations. Morelly had a definite talent for rhetoric, and he laid emphasis on ideas of public prosperity; his philosophy was very attractive before its practicalities demonstrated its dangers; even Morelly did not appreciate its full significance. His Code de la Nature is both the last of the inert Utopias which, from Plato’s Republic to the Télèphe of Pechmeja, proposed a state of ideal well-being with no practicability, and the first of the more alarming Utopias produced by the French proletariat with the idea of immediate application” (in translation). Goldsmiths 9074. Kress 5457. Higgs 1107. Hartig & Soboul, Pour une histoire de l’Utopie en France au 18è siècle, p. 55.