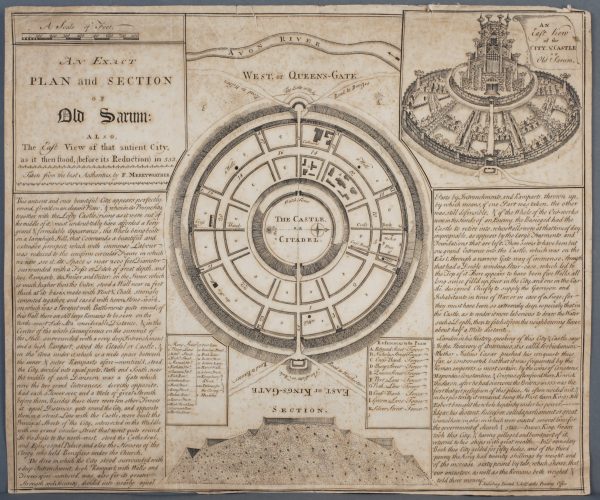 An Exact Plan and Section of Old Sarum: also, the east view of that ancient city, as it then stood, (before its reduction) in 553. Taken from the best authorities, by…

Sarum, now Old Sarum, was the original city of Salisbury in Wiltshire. Built on a hilltop, it began as an Iron Age fort in about 400 A.D. It was occupied by the Romans, then the Saxons, and under the Normans and successive kings it developed into a city with a royal palace and a cathedral. Its demise began in the early 12th century when the cathedral was moved to the plain below. It was abandoned by Edward II in 1322 and sold by Henry VIII in 1514.