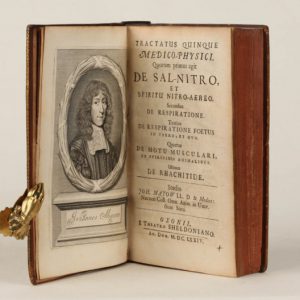 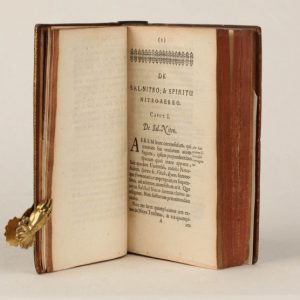 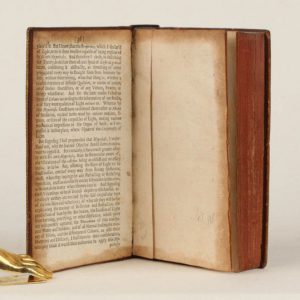 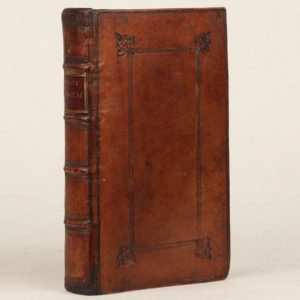 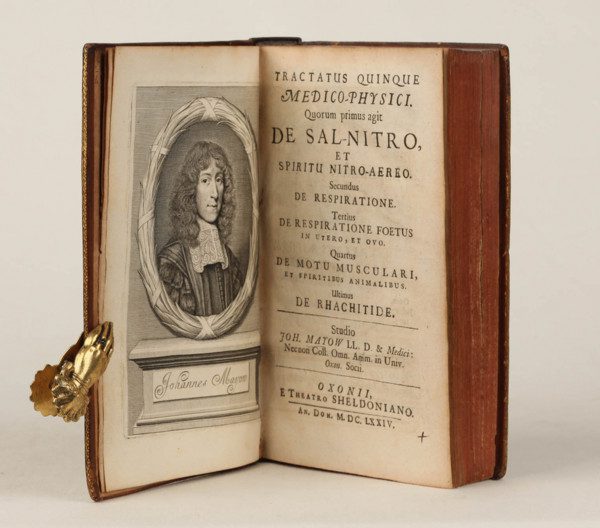 FIRST EDITION. G&M 578 and 2726.2. Five treatises by Mayow, incorporating revised versions of the two on respiration and rickets, previously published as the Tractatus Duo. In the first and longest treatise, Mayow gives a chemical history of nitre and spirit of nitre, and of combustion and the effect of respiration on air, concluding that air is composed of two distinct gases. In the second treatise, he perfectly describes the mechanism of respiration, with the movement of the ribs and diaphragm, and makes the discovery of the double articulation of the ribs with the spine. He correctly asserts that the function of breathing is to bring air into contact with the blood. He was the first to locate the seat of animal heat in the muscles, and was the first to make the definite suggestion that it is only a special fraction of the air that is of use in respiration. The third is on the respiration of the foetus in the womb, in which he says that the foetus requires “nitro-aerial particles” just as respiring animals do. “These splendid words... show that, by the time of Mayow, chemical embryology had definitely come into being” (Needham, History of Embryology, pp. 149–153). In the fourth treatise, on muscular motion, “Mayow recorded a case of mitral stenosis, probably the first description” (G&M, confusingly giving the date of the first edition with a note to the second). He contended that muscles contract by contortion, rather than by inflation, and that the active agent is “nitro-aerial particles”, or what was later to be called oxygen. The fifth and last treatise is on rickets, Mayow being the third English writer on the disease, and, next to Glisson, the most often quoted. He gives an accurate summary of the symptoms of rickets and describes his post-mortem findings. He disagrees with Glisson on several points, explaining the curving of bones as impaired growth of muscles compared to the bone, and illustrates it by a tree tied by its top to the ground. Mayow’s Tractatus Quinque “deservedly ranks today with the very best of the English medical classics” (Garrison), and as Osler remarked, it is very scarce. Wing M1537. Lilly, Notable Medical Books, 83. See DNB; DSB; Partington, History of Chemistry, vol. 2, chapter 16, devoted to Mayow and the Tractatus Quinque; Foster, Lectures on the History of Physiology, pp. 185–199; Still, History of Paediatrics, pp. 227–229; Fulton, Two Oxford Physiologists, 113. Neville II, pp. 157–158. Norman catalogue 1474.