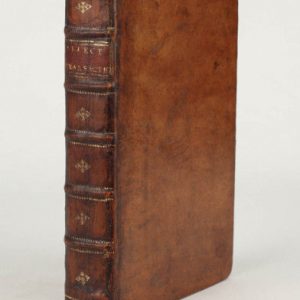 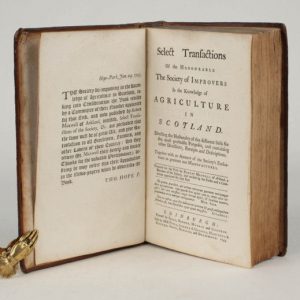 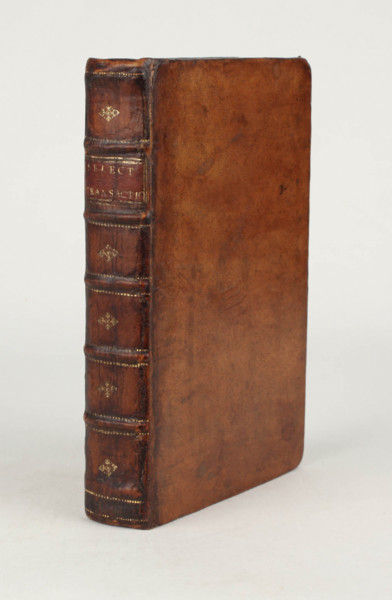 Select Transactions of the Honourable the Society of Improvers in the Knowledge of Agriculture in Scotland. Directing the husbandry of the different soils for the most profitable purposes… Together with an account of the Society’s endeavours to promote our manufactures. Prepared for the press by Robert Maxwell…

FIRST EDITION. The Society of Improvers in the Knowledge of Agriculture in Scotland, formed in 1723, was the first agricultural society in Europe. Its aim was to introduce new agricultural methods, and much of this information is contained in the Select Transactions. “A large portion of this work stemmed from Maxwell himself, and it contained many suggestions which were then new to Scotland, such as the efficacy and the mode of burning clay or subsoil, the method of cutting seed potatoes and of planting them, and the rotation of crops and root crops, in addition to information on the agriculture and manufactures of Scotland… [It also] contained detailed correspondence with Jethro Tull, as well as agricultural advice on cultivation, the growing of grass and sainfoin, drainage, and fencing, and other responses to members’ queries” (ODNB). Maxwell was one of the earliest and most active members of the Society, and its secretary. In 1756 he gave the first series of lectures on agriculture in Britain. Fussell, More Old English Farming Books, p. 20.