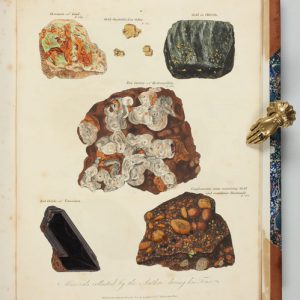 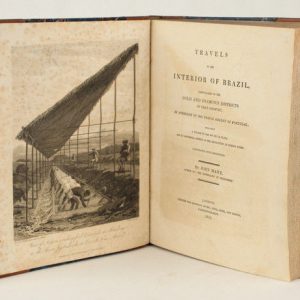 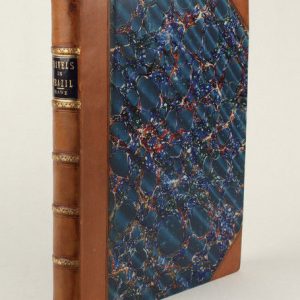 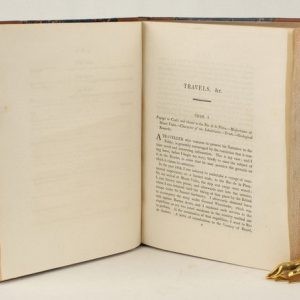 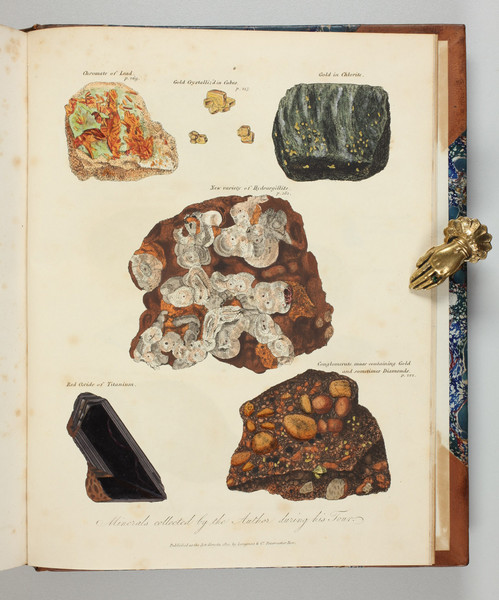 Travels in the Interior of Brazil, particularly the gold and diamond districts of that country, by authority of the Prince Regent of Portugal…

4to, pp. vii, 366, (2), engraved frontispiece and 8 engraved plates (including one hand-coloured of minerals). Foxing on the plates to a varying degree as in most copies, title slightly browned (offset from the frontispiece), otherwise a nice copy. Nineteenth century half calf by James H. Jackson of Perth, with his ticket.

FIRST EDITION. “A work much valued by historians and geographers as one of the earliest reliable accounts of Brazil under Portuguese colonization, and the first on the diamond & gold washings and the manner in which they were conducted. The account is replete in details on the geography, the people and their customs, habitations, plants and animals, trade, and many others made by a shrewd and intelligent observer… Not all copies contain hand-colored plates. In general, most copies are moderately to severely foxed” (Sinkankas 4270, from a long and interesting note on this book). Mawe’s observations on every aspect on diamond mining are in two chapters, while a third contains his account (probably the first to be printed) of the topaz mines near Villa Rica.