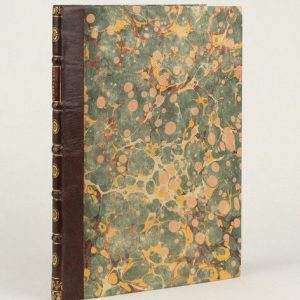 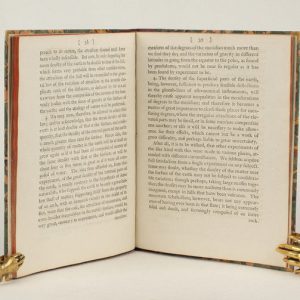 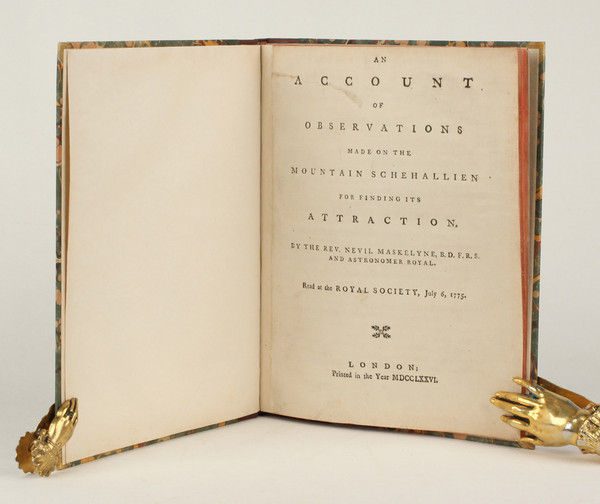 An Account of Observations made on the Mountain Schehallien for finding its attraction. Read at the Royal Society, July 6, 1775.

FIRST SEPARATE EDITION, having first appeared in the Philosophical Transactions in 1775. The measurement of Newton’s gravitational constant, G. “In a famous experiment of 1774 Maskelyne attempted to determine the earth’s density from measurements of the deviation of a plumb line produced by the gravitational attraction of Mt. Schiehallion, in Scotland. By observing the slight difference in the zenith distances of certain stars at two observing stations on the north and south faces of the mountain,…Maskelyne identified the residual displacement of 11.7” with the sum of the deviations in the direction of the vertical to the earth’s surface on each side of this conveniently symmetrical mountain. This was the first convincing experimental demonstration of the universality of gravitation, in the sense that it operates not only between the bodies of the solar system but also between the elements of matter of which each body is composed. “With the aid of his friend Charles Hutton and John Playfair, who estimated the density of the rocks and total mass of that mountain relative to the mass of the earth, Maskelyne concluded the mean density of the earth to be between 4.867 and 4.559 times that of water, a result that compares quite well with the presently accepted value of 5.52” (DSB). Hutton devised a graphical system to represent large volumes of surveyed heights, later known as contour lines (E. Danson, Weighing the World, 2006, p. 153). For this work Maskelyne was awarded the Royal Society’s highest award, the Copley Medal. As with many eighteenth century offprints, this separate edition is very scarce.