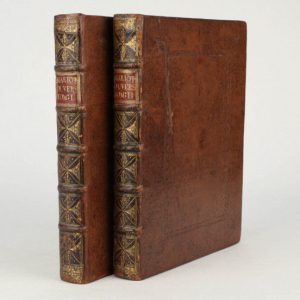 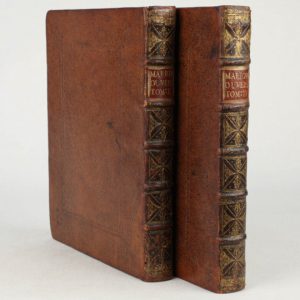 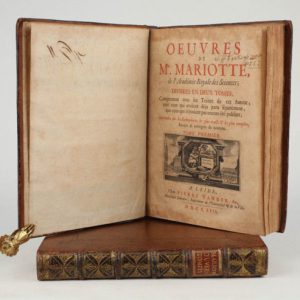 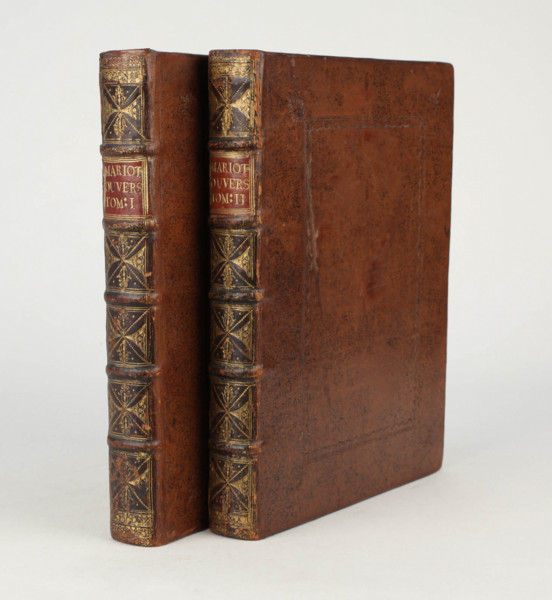 FIRST COLLECTED EDITION, containing all of Mariotte’s published works. Among the most important works in these volumes are his treatise on percussion, the nature of air (“Mariotte’s Law”), radiant heat, colours, hydromechanics (“Marriote’s flask”), vegetation, and his observations on vision. They also contain his previously unpublished Traité du mouvement des pendules, which Huygens possessed in manuscript and gave to the University of Leyden. The introduction contains valuable information on the bibliography of Mariotte, who is credited with introducing experimental physics into France. The first owner of this copy, William Hillary (1697–1763), probably bought it new in Leiden, where he obtained his MD in 1722. He practised in Ripon until 1734 when he moved to Bath, where he had his bookplate engraved. Roberts & Trent, Bibliotheca Mechanica, pp. 217–218.