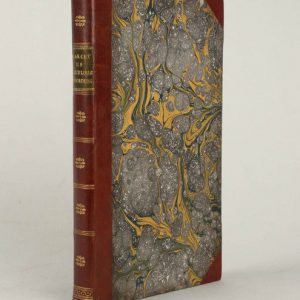 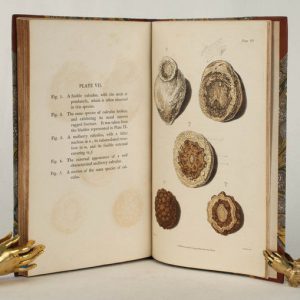 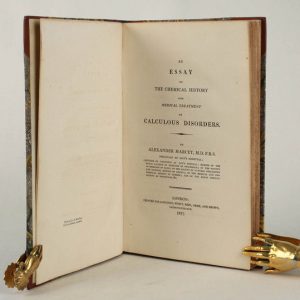 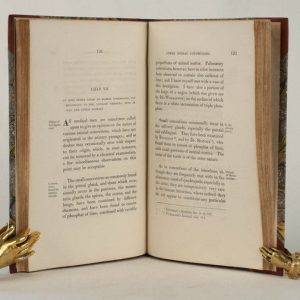 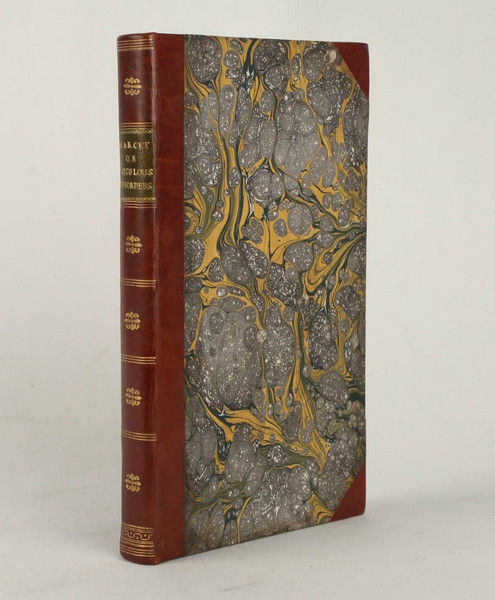 An Essay on the Chemical History and Medical Treatment of Calculous Disorders.

8vo, pp. xvi, 181, 10 leaves, 10 engraved plates (3 hand-coloured), errata slip pasted on p. 181. Half-title. Some foxing and offsetting on the plates and leaves of explanation, and each plate with an old and fairly faint library stamp. Good modern half calf antique.

FIRST EDITION. “The object of this work…is to describe, and illustrate by means of accurate engravings, the characters by which the different calculi may be distinguished…” (the introduction). “Between 1807 and 1820, with William Babington and William Allen, Marcet lectured on chemistry at Guy's Hospital medical school… In 1817 Marcet published his most important and original work, An Essay on the Chemical History and Medical Treatment of Calculous Disorders, which contained much chemical information and some good drawings of renal and urinary calculi. In chemical tests Marcet used very small quantities, a valuable technique which he derived from the work of William Hyde Wollaston; he also used the blowpipe. He was probably the first to remark that the pain caused by a renal calculus is often due to its passage down a ureter, whereas it may grow in the kidney without causing acute suffering. The book was useful to chemical pathologists, but Marcet regretted that no London hospital then kept any regular record of calculus cases. He identified a new type of urinary calculus, consisting of xanthic oxide, and he later investigated alcaptonuria, the condition in which the urine turns black” (ODNB). Marcet (1770–1822) was born in Geneva, Switzerland, the only son of a merchant of Huguenot descent. The last plate shows his chemical apparatus.