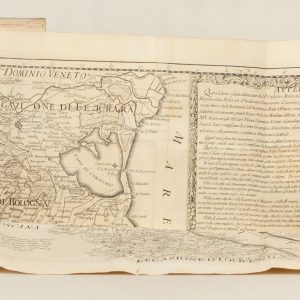 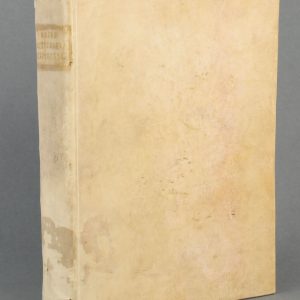 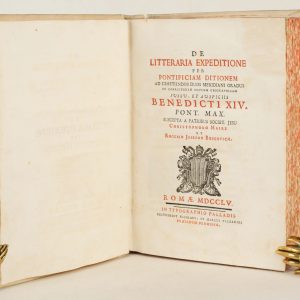 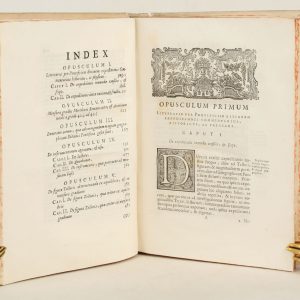 4to, pp. xxi, (i), 516, (3) errata, and 4 folding and stilted engraved plates. Extra-illustrated with the map on three large folding engraved plates (see below). Half-title, title-page in red and black with woodcut ornament, some fine woodcut headpieces and initials. Some minor foxing on the first and last leaves, cut in lower margin of first leaf of dedication neatly repaired, cut in lower margin of Eee4, a few small wormholes in the endpapers just encroaching on title and margin of final map sheet. Contemporary vellum (short tear at top of lower joint, a few small wormholes in spine), spine lettered in gilt, red sprinkled edges.

FIRST EDITION. The first measurements of the shape of the earth to prove Newton’s theory that it was ellipsoid and flattened at the poles were taken by French expeditions to Peru in 1735, and to Lapland in 1736. Interest was aroused and Pope Benedict XIV commissioned two learned Jesuits, Christopher Maire, who was English, and Roger Joseph Boscovich, from Dubrovnik, to measure an arc of the meridian between Rome and Rimini and to prepare a new map of the Papal States. “The onerous work took three years. its results confirmed…the geodetic consequences of unevenness in the earth’s strata, the possibility of determining surface irregularities by such measurements, as well as the deviation of meridians and parallels from a properly spherical shape” (DSB). The result appeared in this fine volume divided into five parts of which the first, fourth and fifth are the work of Boscovich. “Part One describes past studies on the shape of the earth and gives a vivid account of the history of the journey… Part Three corrects the existing geographical map. Part Four is one of the few treatises of that time on practical astronomy. Part Five is devoted to the theories of geodesy…” (Whyte, Boscovich, p. 45). The map, which was issued separately and is rarely found with the book, as here, shows the Papal States. It has a large explanatory tablet on the first sheet and a fine title cartouche on the third.