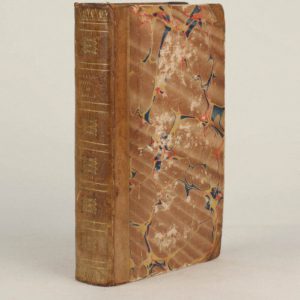 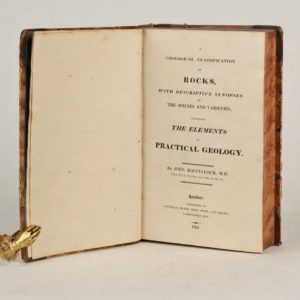 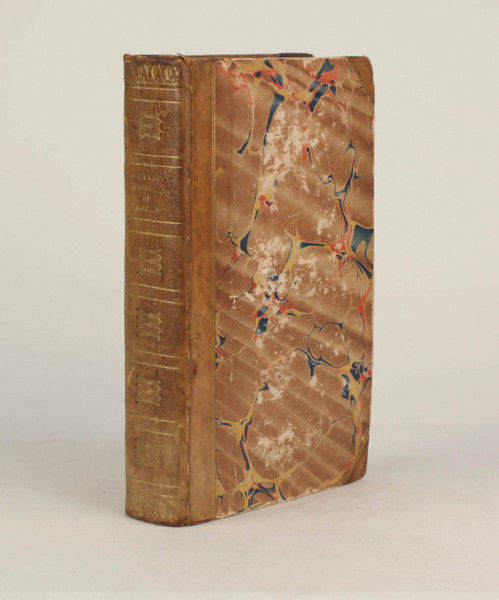 A Geological Classification of Rocks, with descriptive synopses of the species and varieties, comprising the elements of practical geology.

FIRST EDITION of Macculloch’s “system of classifying rocks. He divided rocks into two main classes: Primary and Secondary. He subdivided Primary into unstratified (granite) and stratified (mainly gneisses and schists, with some sediments). The Secondary included all the younger sediments and a few ‘unstratified’ rocks, which his descriptions clearly indicate were igneous intrusions, although he did not specify them as such. Macculloch also described in detail the occurrences of basalt lava (‘trap’), the remains of the extensive Tertiary basalt lava plateau off the west of Scotland” (DSB). Macculloch was one of the pioneers of of British geology and mineralogy, and prepared the first geological map of Scotland. See Zittel, History of geology, p. 113.