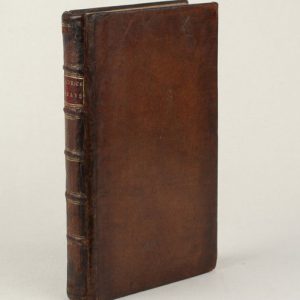 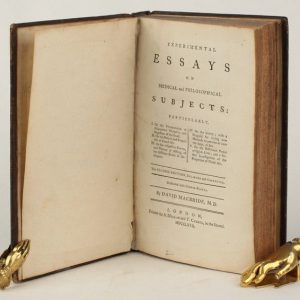 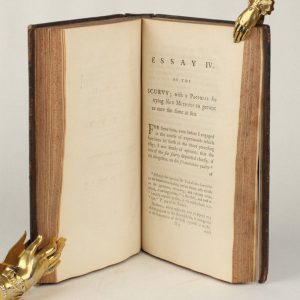 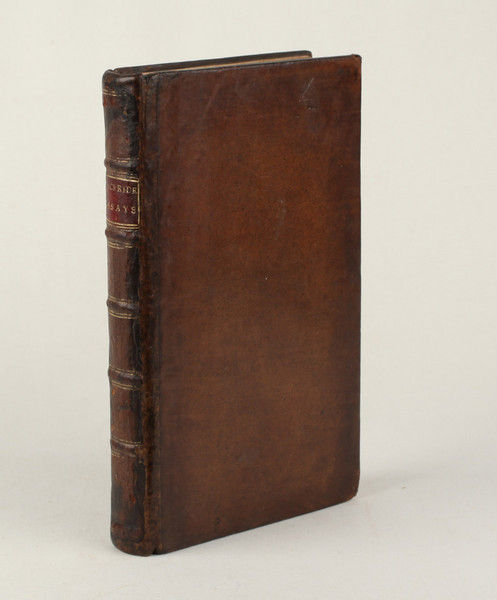 Experimental Essays on medical and philosophical subjects: particularly, I. On the fermentation of alimentary mixtures, and digestion of the food. II. On the nature and properties of fixed air. III. On the respective powers…of antiseptics. IV. On the scurvy… V. On the dissolvent power of quick-lime… The second edition, enlarged and corrected.

Second London edition. The Irishman David Macbride studied in Glasgow and became a naval surgeon. His principal subject of investigation in this series of five essays was fixed air (carbon dioxide). Of particular interest is the essay on scurvy, which Macbride considered to be due to a lack of fixed air, and of vegetables rich in fixed air. He therefore recommended fresh vegetables as a cure for scurvy, or for longer voyages, an infusion of malt that he called the wort. Macbride’s experimental results also sparked Joseph Priestley’s interest in the medicinal possibilities of the new gases he was discovering, and this research led to the work of Thomas Beddoes and the Pneumatic Institute. At the end of this edition is a 10-page Postscript detailing how the wort cured scurvy on the Royal Naval ship Jason, commanded by MacBride’s brother. The Admiralty ordered that the wort should be given further trial, and sent copies of this edition of the book to Captain Cook, who took them on his first voyage in 1768. Heeding Macbride’s advice, Cook took every opportunity to obtain fresh supplies, and never lost a man to scurvy, a quite extraordinary feat at the time. The first edition, without the important postscript, was published in London in 1764, and this second edition was also published in Dublin earlier in the same year. Keevil, Medicine and the Navy, III, pp. 308–309. Partington, History of chemistry, III, pp. 143–144. Cole 854. Neville II, p. 107.