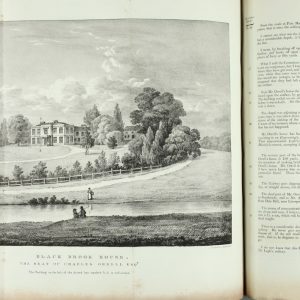 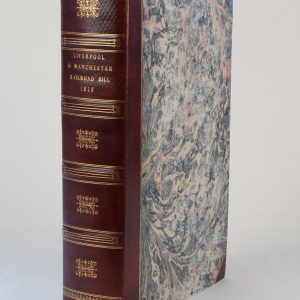 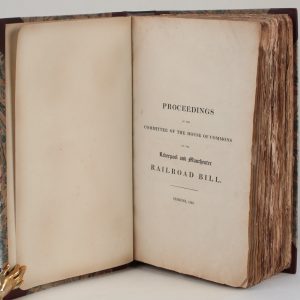 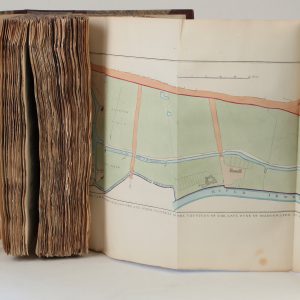 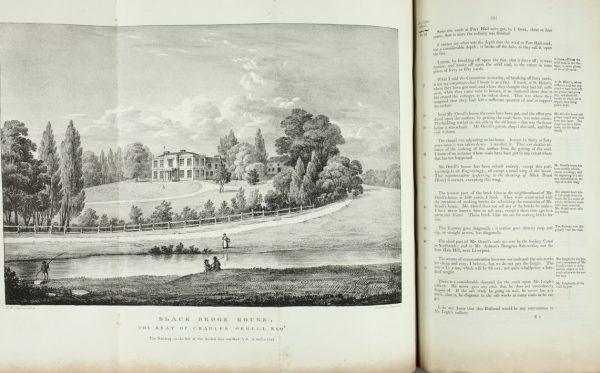 Proceedings of the Committee of the House of Commons on the Liverpool and Manchester Railroad Bill. Sessions, 1825.

FIRST EDITION. The Liverpool & Manchester Railway was the first passenger railway operated solely by steam locomotives. This substantial volume documents the evidence for an against the railway and is the first printed parliamentary proceedings for a railway. The committee sat for 37 days, and took evidence from such important figures as John Rastrick, Nicholas Wood, William Cubitt, and George Stephenson. The Bill, opposed largely by canal owners and landowners, failed, principally owing to Stephenson’s evidence, not on his locomotive engineering but on his uncertainty as to the line and its civil engineering works. The summing up slated Stephenson, referring to “this trash and confusion of Mr. Stephenson” (p. 727). However, a new Bill was passed the following year largely thanks to George Rennie, and the railway company appointed Stephenson as the consulting engineer. The line was opened on 15th September 1830.