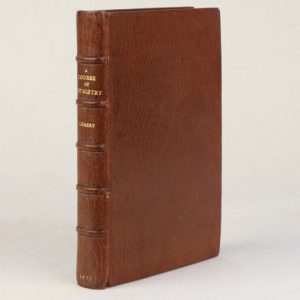 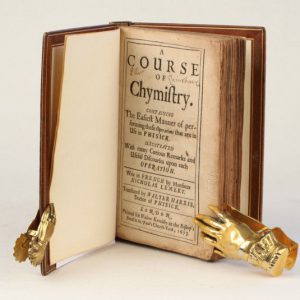 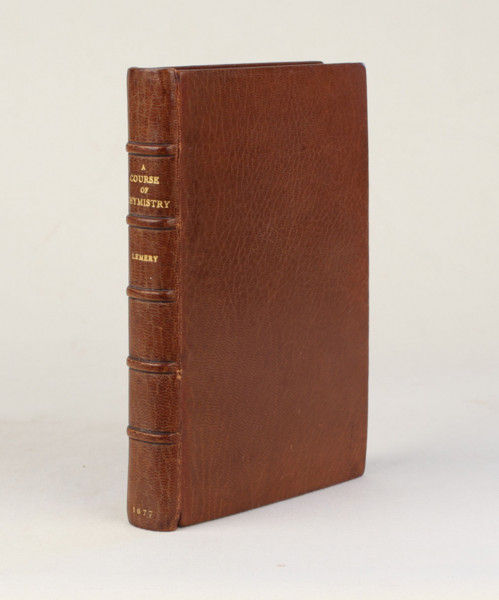 A Course of Chymistry. Containing the Easiest Manner of performing those Operations that are in Use in Physick. Illustrated with many Curious Remarks and Useful Discourses upon each Operation. Translated by Walter Harris, Doctor of Physick.

FIRST EDITION IN ENGLISH, translated from the first French edition of 1675. The translator, Walter Harris (1647–1732), had lived and studied with Lemery. Later, Harris became physician to Charles II and William III and attended Queen Mary on her deathbed in 1694. Lemery (1645–1715), one of the most influential chemists of his time, gave lectures in Paris on the principles of chemistry which were known for being clear and simple. The present work is the textbook of his course of lectures. It enjoyed unprecedented success and went through many editions in French, English, Italian, German, Spanish, Dutch, Latin, etc. Lemery was instrumental in clearing “the ground for the science we now know as chemistry” (Farber, Great Chemists [1961], quoted by Neville). Wing L1038. Cole 804. Neville, II, pp. 43–44. DSB, VIII, pp. 172–175. Partington, III, pp. 28–41.