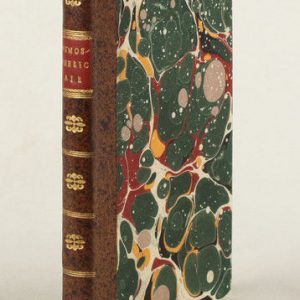 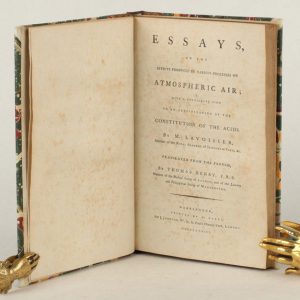 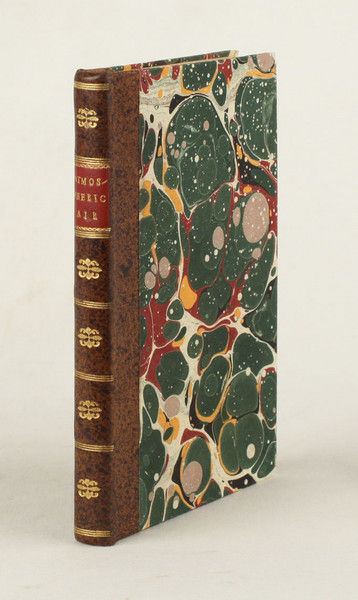 Essays, on the effects produced by various processes on Atmospheric Air; with a particular view to an investigation of the constitution of the acids. Translated from the French, by Thomas Henry, F.R.S…

FIRST COLLECTED EDITION of this group of papers which Lavoisier published in the Mémoires of the Académie Royale des Sciences; there is no equivalent edition in French. The first paper is the first edition in English of his Expériences sur la respiration des animaux, in which he asserted that respiration involved only the air éminement respirable (i.e., oxygen), and that the remainder of the air is purely passive, entering and leaving the lungs unchanged. This began his first serious studies of respiration which were to culminate in 1785–1789 in his classic investigations on the subject (see Fulton, Selected readings in the history of physiology). Other papers are on combustion and on the analysis of acids, including his paper read to the Académie in 1779 which contains the first appearance of the word ‘oxygen’ in chemistry, although the translator uses the usual term for time, ‘dephlogistcated air’, and Lavoisier’s original definition of it. In the eighth essay (pp. 96–118) of this important work, Lavoisier proposes his theory that oxygen is an essential constituent of all acids, and he remarks: “Here, therefore, we have a new road opened in chemistry…” (p. 115). Cole 761. Duveen p. 340. Neville II, p. 17. Duveen & Klickstein 336 (and see also pp. 44 et seq.). This is the only separate edition of these papers in any language.