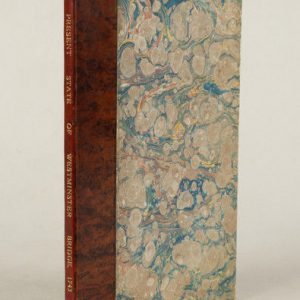 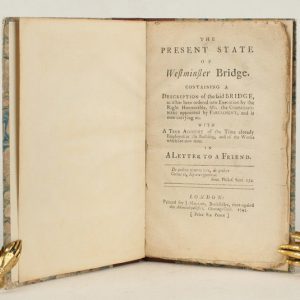 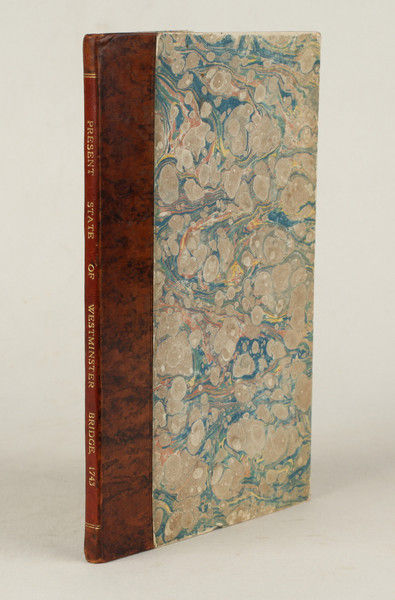 The Present State of Westminster Bridge. Containing a description of the said bridge, as it has been ordered into execution by the right honourable, &c., the commissioners appointed by Parliament, and is now carrying on. With a true account of the time already employed in the building, and of the works which are now done. In a letter to a friend.

FIRST EDITION. Westminster Bridge, opened in 1750, was the first major bridge built over an English river for a century. Its designer was the Swiss engineer Charles Labelye, whose appointment displeased the disappointed British architects. By the end of 1742, despite many setbacks, twelve of the fourteen piers were completed and the construction of the fourth arch was well under way. The present pamphlet, reporting progress, is dated 8 December 1842 and was almost certainly written by Labelye to refute his critics. Skempton 814.