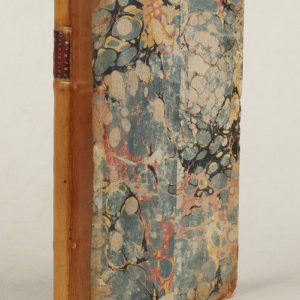 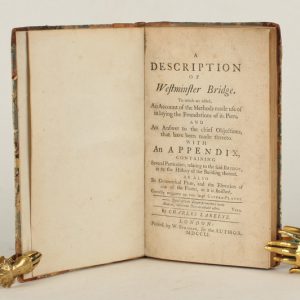 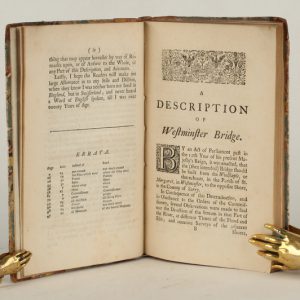 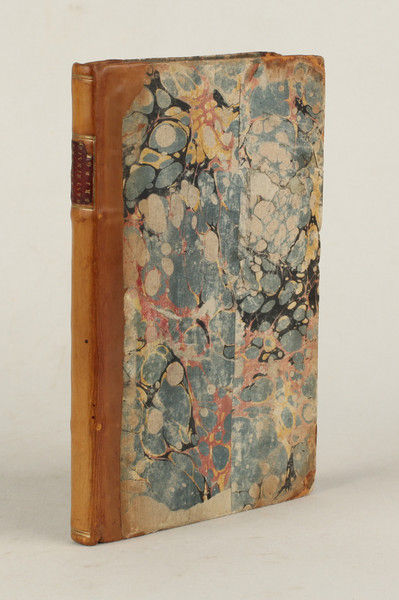 A Description of Westminster Bridge. To which are added, an account of the methods made use of in laying the foundations of its piers. And an answer to the chief objections, that have been made thereto. With an appendix… As also its geometrical plans, and the elevation of one of the fronts, as it is finished, correctly engraven on two large copper-plates.

FIRST EDITION of this title, but the book is actually an enlargement of Labelye’s Short Account published in 1739, a year after construction of the bridge began. The present book came out a year after the bridge was completed, and contains a 33-page appendix on the building of the bridge, its costs, and the materials used. Westminster Bridge was the first major bridge to be built over an English river for more than a century, and was also only the second masonry bridge over the Thames. The controversial choice as the architect was the Swiss engineer Charles Lebelye, who employed a novel method of founding the piers; they were built inside timber caissons which had been towed out and sunk onto excavations prepared for them in the bed of the river. Once the masonry was laid the timber sides were removed, leaving a flat base for the pier. This system had never been used before in this country and nowhere before on such a large scale, and much of Labelye’s book is given over to describing it. Pages 99–119 form a prospectus for a further work on Westminster Bridge by the same author which was never written, and the two copperplates mentioned in the title were published separately as one plate and not as part of this book. It is given a different number by Skempton. Skempton 819.