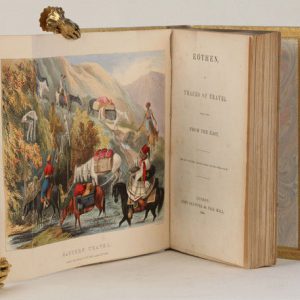 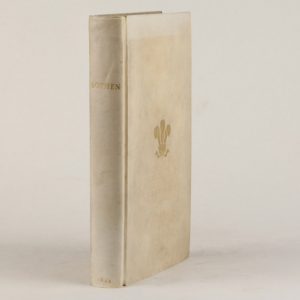 Eothen, or traces of travel brought home from the East.

FIRST EDITION. “In August 1834, Kinglake set out on an eighteen-month odyssey through Europe and the Ottoman empire. After encountering plague in Constantinople, he travelled to Smyrna, Cyprus, Beirut, the Holy Land, and Jerusalem, before crossing the Sinai Desert to Cairo. Following three weeks in Egypt, he returned north through Damascus and Asia Minor then via Athens, Corfu, Rome, and Turin to London. On 5 May 1837, Kinglake was called to the bar but…continued to travel, visiting Switzerland in 1843, and the following year Eothen, his account of the 1834–5 Turkish adventures, was published and included two of his own watercolours” (ODNB).