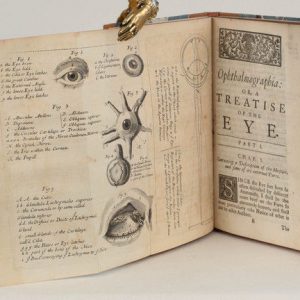 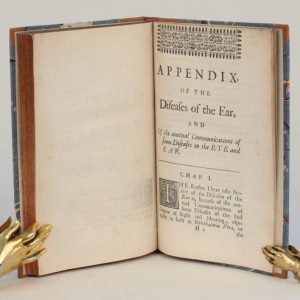 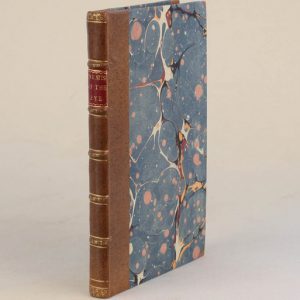 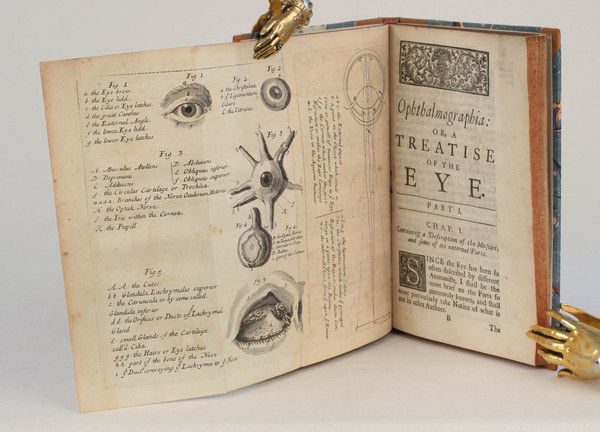 Ophthalmographia; or, a Treatise of the Eye, in two parts. Part I. Containing a new and exact description of the eye; as also the theory of the vision considered, with its Diseases. Part II. Containing the signs, causes, and cure of the maladies incident to the eye. To which is added an appendix of some of the diseases of the ear; wherein is observed the communication between these two organs.

FIRST EDITION. “One of the few books in English which documents what the enlightened eighteenth century surgeon knew about the eye…the original copies have become extremely scarce… One of the most detailed and interesting portions of the discussion is his description of cataract and its treatment by couching… Kennedy makes a few original observations. These include finding that a scratched convex lens will, in a dark room, produce an image. Also floaters can, according to the laws of optics, not be reproduced by stationary particles in the aqueous, but are attributed, following the teaching of Pitcairne, to changes in the retinal blood vessels” (Albert pp. 3 and 13). This is one of the few English books on ophthalmology of the seventeenth and early eighteenth centuries, which are mostly quite rare. Twenty-six years later Kennedy published A supplement to Kennedy’s Ophthalmographia, which is even rarer. The brief appendix on diseases of the ear is one of the earliest English writings on otology. Albert, Norton & Hurtes 1225. See James, Studies in the History of Ophthalmology in England, p. 90. Not in the Becker catalogue.