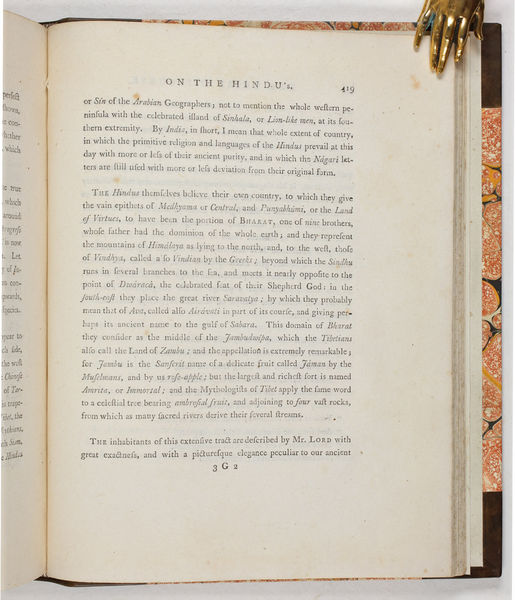 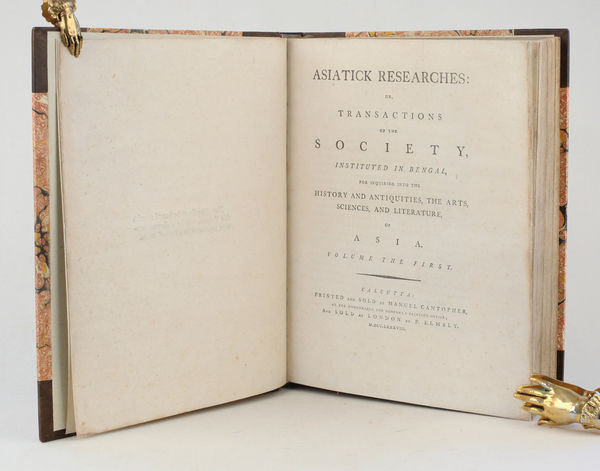 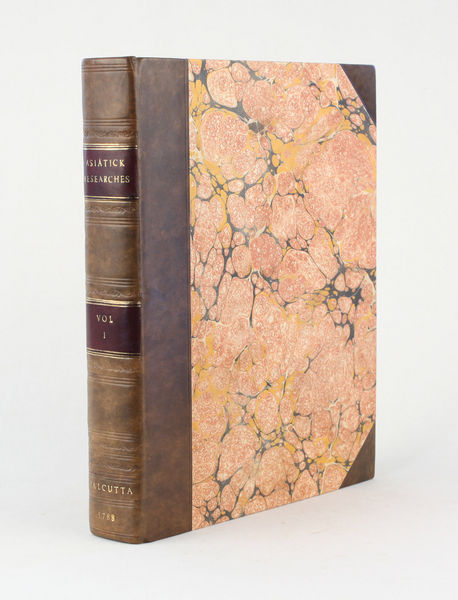 On the Hindus.] [In:] Asiatick Researches: or, Transactions of the Society, instituted at Bengal, for inquiring into the history and antiquities, the arts, sciences, and literature, of Asia, volume 1, pp. 415–431.

FIRST EDITION. “This slim paper, read to the Bengal Asiatic Society in 1786 and published in its Transactions, marks a turning-point in the history of linguistics and signalled the birth of comparative philology… “In 1786 Jones made his epoch-making discovery of the relationship between the Sanskrit, Gothic, Greek and Latin languages — to which he later, erroneously, thought he could add Egyptian. His clear understanding of the basic principles of scientific linguistics provided the foundation on which Rask, Bopp and Grimm built the imposing structure of comparative Indo-European studies” (PMM). Jones (1746–1794)had established his reputation as an orientalist by his Grammar of the Persian language (1771). In 1783 he was knighted and appointed a judge of the high court in Calcutta, the administrative seat of the East India Company, an office he held until his death. Here he indulged in his oriental studies, founded the Asiatic Society of Bengal, of which he was president, and edited its journal. The first paper in this, the first volume of its journal, is “A dissertation on the orthography of Asiatick words in Roman letters”, also by Jones, with 7 plates. Printing and the Mind of Man 235. The London reprint of this journal is common, but this original edition, printed in Calcutta, is much scarcer. Neither Jones’s name nor the title of his paper are given on its first page.