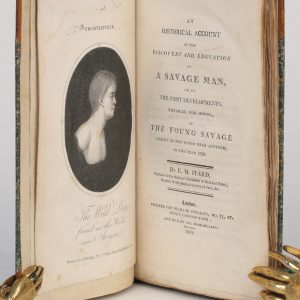 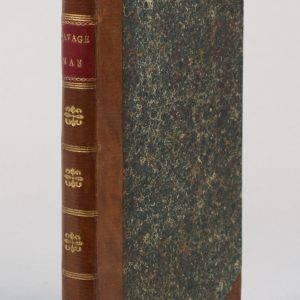 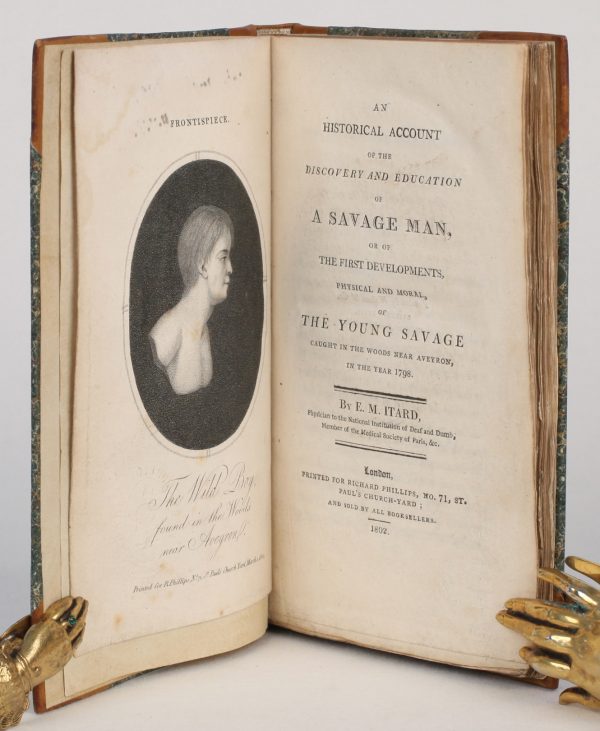 An Historical Account of the Discovery and Education of a Savage Man, or of the first developments, physical and moral, of the young savage caught in the woods near Aveyron, in the year 1798.

FIRST EDITION IN ENGLISH. A pupil of Pinel, Itard attempted to educate a young “wild” boy, who had lived since infancy entirely apart from human contact, and who had been found living in the woods near Aveyron. Itard’s methods were based on Condillac’s analytical approach to the acquisition of knowledge, which had been used with success in teaching deaf-mutes. However in adapting this approach, Itard created an entirely new system of pedagogy which has profoundly influenced modern educational methods. Itard’s methods were adopted by his student Édouard Séguin, who applied them successfully to educating the mentally retarded, and by Maria Montessori, who applied them to childhood education in general. The optimism which Itard displayed in this first report of this extraordinary event was not borne out, and in his second report of 1807 he was forced to conclude that the boy was incapable of learning speech, an irreversible result of prolonged isolation during a crucial period of his early childhood. See G&M 4969.1 and Norman Catalogue 1144 (the first edition, in French, of 1801). This English translation, by Nogent, is extremely scarce. Much has been written on this event, but a particularly good account is Harlan Lane's The Wild Boy of Aveyron, 1977.