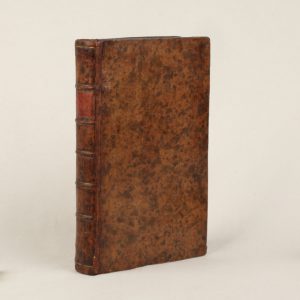 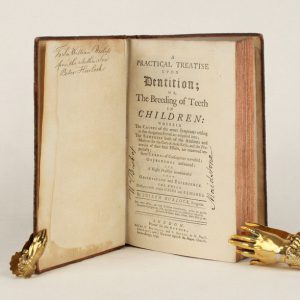 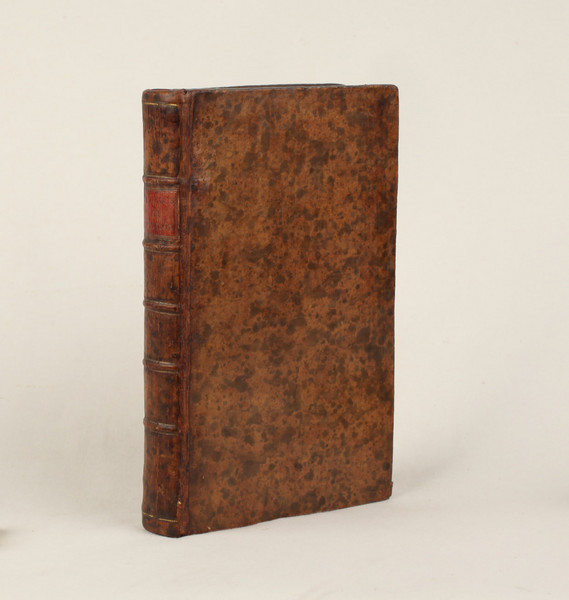 A practical treatise upon dentition; or, the breeding of the teeth in children: wherein the causes of the acute symptoms arising in that dangerous period are enquired into…

8vo, pp. xxiv, 285, 3 leaves. Contemporary mottled calf (upper joint and ends of spine neatly restored), red morocco label on spine. A very fine, fresh copy. Presentation copy from the author’s son, inscribed on the front endpaper “To Sir William Bishop from the Author’s Son Peter Hurlock”, and with the signature of William Bishop of Maidstone on the title.

FIRST EDITION. G&M 3672. The first book on dentition of modern times (that is, since Hippocrates), and only the second book in English on dentistry (the first was Charles Allen’s The operator for the teeth, 1685, of which Wing records 4 copies of 3 editions). “As far as English dental literature is concerned, it began with Joseph Hurlock in 1742. Hurlock was a strong advocate of lancing the gums of infants to permit teeth to erupt more readily and thus prevent convulsions. His treatise was a plea for parents and nurses to allow him to carry out this procedure. Hurlock apparently was a keen observer of dental conditions then found in children, noticing that the havoc wrought by caries in the deciduous teeth was undoubtedly due to diet, and recommended that such youngsters be sent to the country where fresh air and better food could be obtained” (Weinberger, Introduction to the history of dentistry, p. 330). Still, History of paediatrics, pp. 360–364. While reasonably widely held in institutional libraries, Hurlock’s book is one of the great rarities of dental literature, and copies very seldom appear for sale.