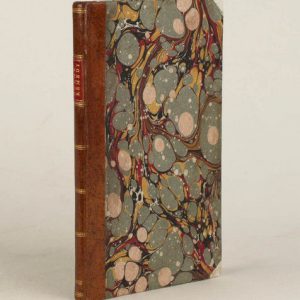 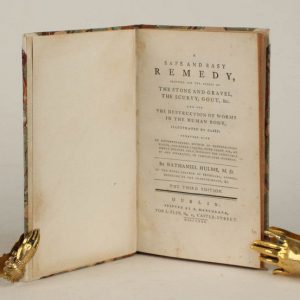 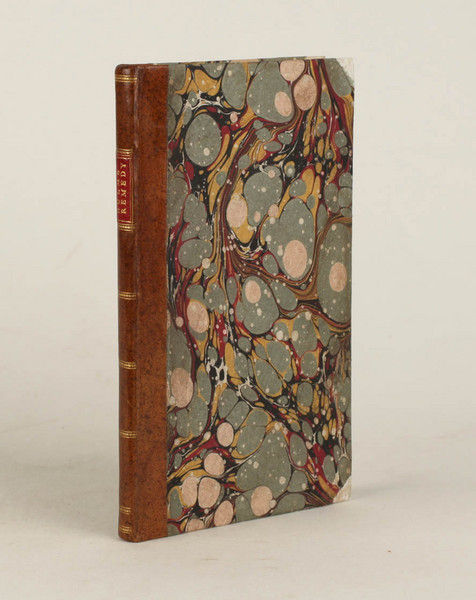 A safe and easy remedy, proposed for the relief of the stone and gravel, the scurvy, gout, &c. And for the destruction of worms in the human body, illustrated by cases: together with an extemporaneous method of impregnating water, and other liquids, with fixed air, by simple mixture only, without the assistance of any apparatus, or complicated machine. The third edition.

FIRST IRISH EDITION. In 1777 Hulme published a lecture in which he cited his successful treatment for dissolving or breaking up a bladder stone with draughts of potassium carbonate followed by sulphuric acid, both in water in order to induce the release of carbon dioxide. The alleged result was that hundreds of fragments of calculus came away for several weeks, and the patient remained in good health a year later. In the present work he advocates the use of the same remedy for scurvy, gout and worms. ESTC records 8 copies, four of them in the Royal College of Surgeons in Ireland. The first two editions were published in London.