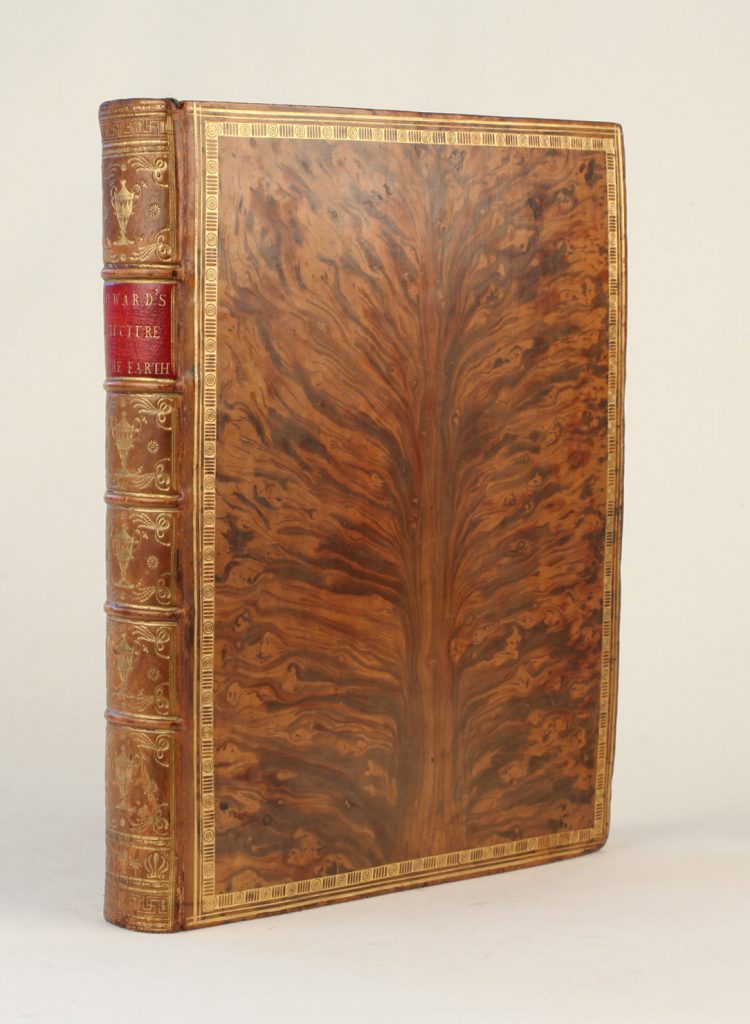 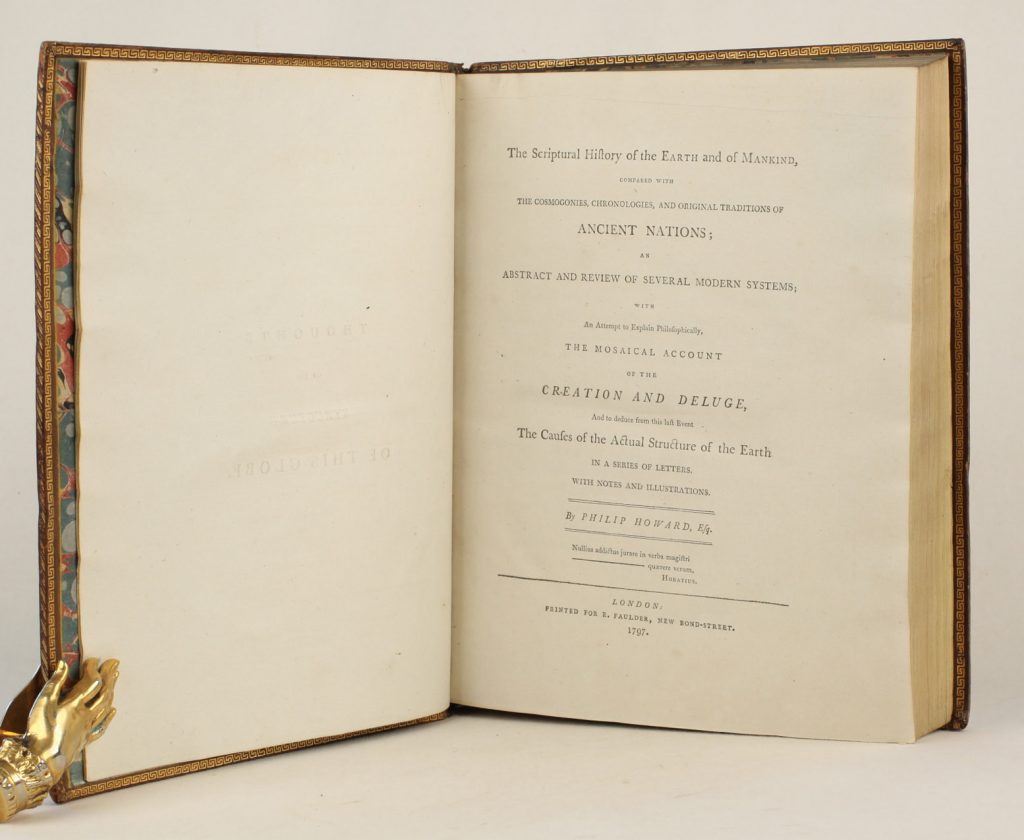 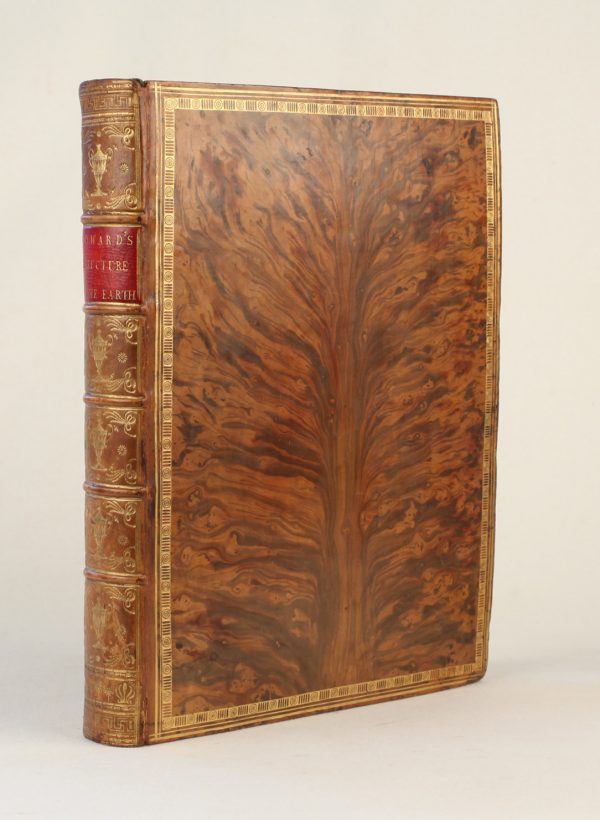 The Scriptural History of the Earth and of Mankind, compared with the cosmogonies, chronologies, and original traditions of ancient nations; an exact and review of several modern systems…

FIRST EDITION. Written at a pivotal point in the history of geology, after the publication of Hutton’s Theory of the Earth (1795) but before Playfair’s Illustrations of the Huttonian Theory of the Earth (1802), that is, at a time when no theory had been generally accepted and Biblical theories were still widely current, Howard’s substantial book is a review of some current theories and the exposition of his own. The theories that he reviews are those of Bailly, Buffon, Wallerius and Hutton, in fact this is the first book to discuss Hutton’s fuller theory. His own theory, while based on science, is Mosaical and is intended to be perfectly consistent with the scriptures. Howard’s theory of geology is one of nineteen reviewed Accum (A system of theoretical and practical chemistry, 1807), who devotes an entire page to it. Howard (d. 1810) was of the prominent Roman Catholic family of Howards from Corby Castle in Yorkshire. This work grew out of two letters which he published in French occasioned by a difference of opinion relative to the causes of the formation of mountains between him and his friend the Marquis de Montegny.